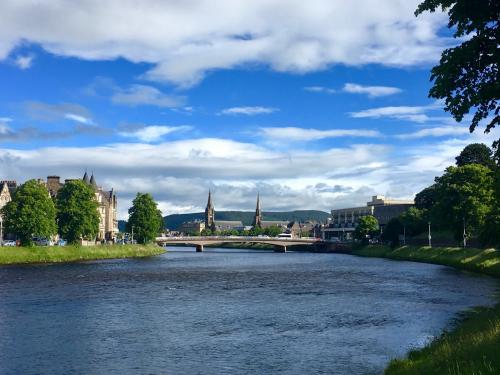 In 2020, researchers and practitioners collaborated to better understand how inclusive growth can be conceptualised and measured across a large, diverse and predominantly rural region in the north and west of Scotland.

There is a growing need for detailed information about Scotland’s communities, as well as increasing concern about high levels of regional inequality in the UK. The UK2070 Commission have reflected that “the UK is one of the most spatially unequal economies in the developed world”. In addition, the Scottish Government’s National Performance Framework defines “sustainable and inclusive economic growth” as a key aspiration for the country and inclusive growth is emphasized as a goal in key development policies, such as Regional Growth Deals.

However, inclusive growth (economic development which drives lower inequalities) has also been described as “conceptually fuzzy and operationally problematic”, and a 2019 review for the Poverty and Inequality Commission (‘Delivering Inclusive Growth in Scotland’) found confusion over the meaning of this term, and uncertainty in how it can be measured, among organisations and practitioners in Scotland. In addition, there is an awareness of the limitations of some of the indicators and classifications which are currently used to understand Scotland’s communities. For example, practitioners and researchers at Highlands and Islands Enterprise (HIE) have a growing interest in inclusive growth and in developing a more nuanced understanding of their region, as a means of informing more customized and targeted investments and support.

We felt we could help because social scientists and geographers within SEFARI have a long-standing interest in place-based policies, measuring rural development and outcomes, and spatial inequality, which informed themes of research into demographic change and place-based policy, within the 2016-22 Strategic Research Programme. We also have a good understanding of life experiences on islands (e.g., 'Research on the Edge' and National Islands Plan Survey) and value chains that contribute to resilience and sustainability of mountain areas.

Therefore, to support this clear unmet need on the evidence base for inclusive growth, SEFARI and HIE worked together, to create a typology of area profiles for the north and west of Scotland, reflecting characteristics of inclusive growth. Collectively we were aiming to produce these resources to address demands for a more detailed understanding of rural development in the Highlands and Islands.

Collaboration between SEFARI and Highlands and Islands Enterprise (HIE) was conducted in 2020 as part of ‘Towards Inclusive Growth’, a SEFARI Gateway Responsive Opportunity funded project, and project outputs also contributed to Scottish Government funded strategic research on place-based policy.

During the project, an in-person engagement workshop, in Aberdeen in early March 2020, was able to take place before Covid-19 restrictions necessitated a move to working online. The workshop brought the collaborators from the James Hutton Institute, BioSS and HIE together for facilitated discussions on understandings of inclusive growth, its measurement, and the Highlands and Islands context, which led to the planning and prioritisation of tasks.

The first key achievement of the project was the co-development of a framework of inclusive growth, representing themes which are relevant to the Highlands and Islands: this incorporates a framework published by the Joseph Rowntree Foundation (in 2016) but also extends this by adding additional contextual themes of ‘Physical geography and connectivity’ and ‘Population and social characteristics’, which capture community resources and affect the vulnerability and resilience of different places.

*Some names of potential indicators have been shortened.

The framework was then used to support an iterative and collaborative indicator selection process, leading to the calculation and compilation of a database of indicators, for 630 small areas (Data Zones) within the Highlands and Islands region. Our analysis was informed by further discussions, and factor analysis (exploratory multivariate analysis) was used to identify seven concepts (or ‘dimensions’) which lie behind inclusion and prosperity: these concepts were interpreted and labelled based upon the contributing indicators:

Cluster analyses, involving scores for these concepts and additional demographic indicators, were then explored to identify groups of small areas with similar characteristics. A nine-cluster model (other numbers of clusters have been explored) shows spatial variation in multidimensional development related to inclusive growth performance. Interpretation using mean scores suggests that the clusters represent different patterns of strengths and weaknesses across the multiple dimensions of inclusive growth. Based on the average scores, we can identify very different combinations of strengths and assets in these nine regions. A simplified illustration of these is below, indicating the clusters which have the three highest averages (dark-light blue) and the three lowest averages (dark-light red) for each of the standardised concept scores and demographic indicators.

Note: that the ‘Lower income’ concept is given a different name (‘Struggling’) within the report.

Our report presents more detailed descriptions of these clusters, but it is notable that there are differences in recent demographic change (in terms of total population change) between the clusters, and mapping (below) indicates that some clusters are clearly concentrated in certain regions or types of settlement:

The analysis described above was produced in 2020. A re-run of the analysis in 2022, which incorporated reproduced and updated spatial data inputs, has generated differences in some indicator values and Data Zone classifications compared with the results described in this case study. The 2022 results will be documented in a manuscript (in preparation). Some of Jonathan Hopkins’ publications and outputs are available on his ResearchGate page.

The multi-dimensional and data-rich approach described in this case study offers, with development, the potential to significantly increase the understanding of inclusive growth at the sub-national and sub-regional levels.

The cluster analysis approach can contribute to a more nuanced understanding of communities across the Highlands and Islands through evidence of spatial patterns of multidimensional development. Further investigation of differences between clusters, and variation within clusters, is important and should develop the understanding further.

More immediately and directly, the project has led to new and valuable research collaborations between SEFARI and HIE. The project also provided an excellent learning experience in how to deliver this kind of collaboration and research remotely during COVID-19.

A paper is being written, which will include results from a re-run of the analysis produced in 2022 (noted below), and in the longer term, this multi-dimensional approach to understanding inclusive growth can potentially be extended, to support improved targeting and design of development policies.