Reflecting on Islands Revival and Introducing Research on the Edge

Research on the Edge 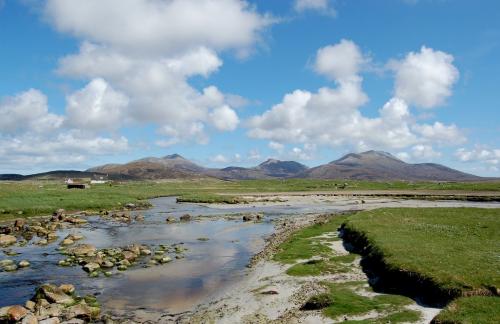 2019 was an important year for Scotland's islands, with the development of The National Islands Plan, an increased focus on repopulation, and concern about the consequences of Brexit.

An award from SEFARI Gateway’s Responsive Opportunity Fund allowed The James Hutton Institute, CoDeL, Community Land Scotland and SRUC to undertake some timely research, gathering positive examples of recovery and growth from across the islands. Through collaboration with islanders and island representatives, the Islands Revival project identified what was driving these pockets of recovery and made policy recommendations for encouraging sustainable populations on our islands.

In this case study, we reflect on the project’s findings and outline our plans for sharing more research on rural and sparsely populated areas through the Research on the Edge blog.

The Islands Revival project aimed to collect stories of “green shoots” of population growth in order to identify the conditions that appear to be encouraging people to stay in or move to Scotland’s islands. When we embarked on the project during the spring and summer of 2019, we were conscious that the outlook for some islands was considered to be quite gloomy, owing in part to our own population projections for Scotland’s sparsely populated areas, which forecast a decrease of 25% in the total population and one-third in the working age population by 2046, should current conditions continue.

But we were also becoming increasingly aware that, anecdotally at least, some good news stories were emerging from the islands, and that these stories may contain valuable lessons for areas of policy and practice that aim to address depopulation.

Through our network of island contacts and the use of social media, we solicited evidence of positive change from islanders and island representatives, from across Scotland's islands and from further afield, and published it on the project blog. Then, at the end of August, we held a two-day workshop at Sabhal Mor Ostaig on Skye, where over 30 island residents, stakeholders and researchers gathered to discuss what seems to be driving these pockets of growth.

The Declaration affirms that there is credible evidence of growth in the Scottish islands. In particular, there appears to be an increasing appreciation among younger people of the environmental and cultural benefits that living on an island can bring. Importantly, the Declaration recognises that population growth in itself is not necessarily a goal of island communities; often, the aspiration is to achieve sustainability, vitality and viability, and maintaining an economically active population is part of that.

Where there are positive signs of renewal in island communities, these are driven by investments in connectivity (digital and physical), housing and services and the availability of attractive jobs. Less tangible factors also play a role, such as strong community leadership, a community's confidence in its own ability to develop, and the interest and energy brought by young people in exploring new ways of living. The Declaration acknowledges that the media play an important role in spreading news of what is being achieved in communities elsewhere.

Finally, the Declaration suggests ways in which policy can better support the creation of sustainable populations. It emphasises the need to engage local communities, in a meaningful way, when shaping policy; to consider the unique challenges and characteristics of different places; and to work hard to engage communities that have diminished capacity so that they have an opportunity for regeneration.

Participants from community groups, local government, development agencies and the third sector contributed to the Islands Revival project. The experiences that they brought to both the blog and the workshop made for constructive, in-depth discussions and a Declaration that reflects a wide range of views.

The project also attracted attention from the media, including a piece on the BBC News and discussions about island repopulation on Radio Scotland and STV News.

We attribute the high level of interest in the project to having an enthusiastic and well-connected project team and advisory groups who got involved themselves and encouraged others to participate. Combined with our use of social media to promote the blog, this meant that we were able to engage meaningfully with a large number of people in a short space of time about a topic that resonates not just with residents of Scotland’s islands but also with mainland Scots and indeed much more widely.

While the Islands Revival project is now complete, our interest in islands, rural regions and sparsely populated areas is as strong as ever, and we have a sizable team of researchers bringing expertise to a growing set of questions. As such, we are launching a new blog, Research on the Edge (supported by SEFARI Gateway’s flexible fund), where we plan to discuss our ideas and findings. We hope that this will become an interactive space where people can engage with our research and bring their own thoughts and experiences; if you would like to contribute a post, please get in touch. The new blog is reflected in an updated Twitter presence (@edgology_).

Thank you to our project partners and supporters (CoDeL, Community Land Scotland, SRUC and SEFARI Gateway) and all of our collaborators. We look forward to working with you again soon.