Research investigating the link between gut bacteria and ageing brains

Research investigating the link between gut bacteria and ageing brains 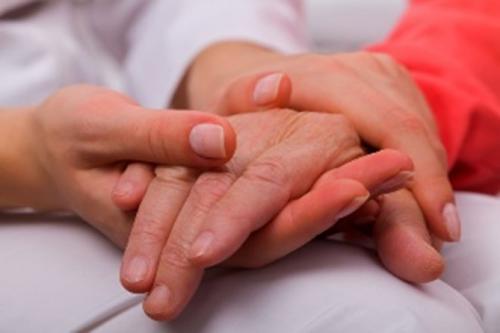 This blog discusses SEFARI research which is aiming to identify specific dietary changes that could affect our gut bacteria and our ageing brains. The composition and/or activity of our gut bacteria could help to maintain a healthy brain, and perhaps prevent, or at least slow down, the development of Alzheimer’s disease.

We have learnt more about the trillions of bacterial residents that live on and in us in the last twenty years than the previous 2000. Yet there is still so much more to learn!

Much of this research focus has been understanding the ‘who?’ Who are the main microbes and bacteria present? There have already been many studies seeking to characterise the composition of the gut microbiota, and we now have a fairly clear understanding of the huge number of different bacterial species that reside in the human gut – and how they are different between every individual. Scientists have even established that certain bacterial species may be present or absent in individuals suffering from specific diseases. However, this does not mean that a specific bacterium causes the disease, it is also possible that the disease causes numbers of these specific bacteria to increase or decrease. We even know that the effects of the gut bacteria are not limited to the gut, as many different diseases, ranging from metabolic diseases to cancer and even to diseases linked to brain function, are associated with changes in the microbiota.

More recently research focus has shifted to ‘what?’. What activity do these gut bacteria carry out? Gut bacteria survive by degrading dietary substrates that reach the large intestine releasing microbial metabolites. These small molecules can cross from the gut into the blood stream and circulate around the body. Since our blood flows to all parts of our body, it follows that these microbial metabolites can affect the whole of our body. The composition of our microbiota, and the types of foods we consume, combine to influence the types and quantities of these metabolites that circulate around our bodies, and different metabolites have different specific roles in different organs.

It is much harder to fully understand the ‘how?’ How do gut bacteria exert these effects throughout our bodies? The microbiome-gut-brain axis depends on the action of such microbial metabolites – either in direct communication, or through interactions with receptor molecules that then send signals to the brain. These biochemical signalling pathways act in two directions – sending signals from the gut to the brain, and from the brain to the gut. Ever felt sick when you are anxious about something? – that’s the gut-brain communication pathway in action!

We have been researching whether the microbiota in people with Alzheimer’s disease is different from that found in other older people,  -addressing two key questions on microbiota ‘who is there?’ and ‘what are they doing?’

Where does this research lead us? The composition and activity of the gut microbiota is dependent on diet, and we know that changes introduced to the diet can rapidly modify the composition and activity of the microbiota. Therefore, by identifying specific members of the bacterial community that are under- (or over-) represented in individuals suffering from Alzheimer’s disease, we can potentially identify specific dietary components that can alter the microbial composition and enhance (or reduce) numbers of those specific bacterial groups we need to change. Extrapolating onwards from these results, our ultimate aim is to identify specific dietary changes that could help maintain a healthy microbial composition and activity, to enhance brain function and manage symptoms associated with Alzheimer’s disease, by altering the food-gut-brain axis.

The research was funded by Scottish Government through the Strategic Research Programme to the Rowett Institute with additional funding from TENOVUS and NHS-Endowments.