This policy-oriented research addresses how well Scotland’s rural industries can cope with outside pressures such as: climate change; volatile prices and changes in government policies (e.g. reductions in support for farming from CAP reform or Brexit).  Resilience research can assess how strongly rural industries can resist change but may also assess how capable rural industries are to make changes to their size, configuration or ways of working and to continue to deliver the same goods and services but perhaps in different ways.  The research will define and test new ways of measuring the resilience of key rural industries.  It will use data collected by government and scientists and computer-based research methods to identify sectors and regions where there is limited resilience and explain why this has happened, if it will get worse and what the consequences of such change might be.  The research will allow government to be more certain about how external pressures will affect rural areas and how effective any interventions from government might be.  The Rural Industries work package provides an opportunity to develop science capability but is also increasingly used to provide capacity for policy-led analysis conducted with RESAS analysts and SG officials (the nature of much of this work is confidential and used to inform the Scottish Government’s policy deliberations, or to develop analytical approaches for use by RESAS).  In addition to Work Package funds researchers also draw on Policy Advice with Supporting Analysis (JHI) and Policy Advice (SRUC) components of Underpinning funding.

The aim of this RD is to address how well Scotland’s rural industries (e.g. farming, forestry and tourism) can cope with outside pressures such as price volatility, new trade agreements and changes in government policies. The key drivers for this research are:

Themes of farm business and food system resilience have been with studies on the effects of COVID-19, BREXIT, policy reform and climate change adaptation all delivering insights to policy and other stakeholder groups, including how they impact on the rural economy.  Work has taken place across a range of scales and sectors with highlights including studies on upland and island farm business resilience, the impacts of livestock disease on profitability and the risks of climate change, the role of physical disadvantage in defining business viability, and the vulnerability of private water supplies to increased incidence of drought. The WP provides analytic frameworks to assess the costs and benefits of evolving policy interventions, and better understanding where resources could be allocated under a new agricultural policy that explicitly looks to embed climate change mitigation and biodiversity improvements at its heart.

The programme of research continues to provide analytical support and expert advice on the rural economy, agricultural and land use policy developments that were brought into focus through Brexit and impending no deal exits.  With Brexit sharply in focus the farm business resilience analysis was extended to include a focus on bio-physical disadvantage that can help inform future policy developments. There was horizon scanning identifying opportunities of narrowing the productivity gap in Scottish agriculture and how to improve technical efficiency on farms – with policy aims of improving profitability and reducing environmental footprint of the sector.  Beyond the farm gate, the second rural business report provided new findings on the use of family labour in rural businesses alongside insights on the use of local, national and international markets for inputs and for sales, as well as business confidence and perceptions of Brexit.  Agent-based models were evolved to help explore how beef supply chains may react to external shocks – including Brexit

Metrics for assessing farm business viability that were developed in previous years were further evolved to make them more robust for market turbulence.  Additionally, analysis was undertaken to assess the dynamics of business viability over time.  Using the Scottish Government’s Farm Business Survey data an assessment of resource use efficiency on farms was completed providing new insights on farm productivity over time. The second Rural Business Survey (co-financed by Scottish Enterprise) was completed, providing new insights into the characteristics, perceptions and performance of 1,200 non-land-based rural business in the North East and South of Scotland.  Using barley yield models developed in previous years spatial simulations of the future potential for barley production under climate change were developed and presented to stakeholders (e.g. RESAS, The Farming Scotland Conference and Scotland’s Plant Health Conference). Agrometeorological indicators (such as length of growing season, number of plant heat-stress days per annum and access period) under climate change were completed using UKCP09 climate change data downscaled from a 25 to a 5 km grid.  The empirical Agent-Based Modelling (ABM) prototype developed in previous years was applied to the analysis of the potential impacts of Brexit as specified by the published FAPRI Brexit scenarios. The ABM input datasets were refined using Cattle Tracing System data from the Animal and Plant Health Agency, and the formalisation of the agent-based decision rules validated with further improvements to the presentation of model outputs to ensure they were more policy oriented.  Researchers undertook several instances of science-policy engagement throughout the year providing information, advice and analysis on a wide range of policy-relevant topics, working with RESAS analysts, Scottish Government policy officials and industry stakeholders.  Such policy support exploits the mix of capabilities developed across the Rural Industries work package, so the policy interaction highlighted are not exclusive to individual Research Deliverables.    Examples of science-policy engagements included: confidential analysis, data and advice on the Less Favoured Area Support Scheme; working with Theme 3 scientists to assess the gender pay gap in rural areas; ensuring Defra policy leads, peers and MPs were aware of Scottish farming characteristics and Brexit challenges; confidential advice on supporting future environment and agricultural policy in Scotland, and; improved dataset for RESAS that assigns holdings from the June Agricultural Census to 10 km national grid cells

This year’s farm business viability work included an assessment of wealth and equity within Scottish farming to offer new perspectives on farm business resilience. Furthermore, viability measures were extended to include an assessment of long-term economic resilience and robustness of farming business within Scottish farming.  Livestock, cropping and mixed farming types within the Scottish Government’s Farm Business Survey data were examined to assess resource use efficiency and cost efficiency of farm businesses between 1989 and 2016, drawing out market and policy impacts on performance within these farming sectors. With co-funding from Scottish Enterprise the first (of three) Rural Business Survey was completed with 1,500 non-land-based businesses across Aberdeenshire, Tayside, Dumfries and Galloway and the Borders. The telephone survey provided new insights into the rural, but not land-based, businesses in terms of their structure, performance, Brexit perceptions, employees and their links to the land-based sector. Work on modelling of barley yields across Scotland was used with industry and helped provide insights into future yield potential under climate change scenarios.  Barley yield maps (1994 to 2015) for Scotland were generated for unique combinations of soils and climate, in areas where historically barley has been grown (and for adjacent areas where barley could potentially be grown under a changing climate).  Work on developing an Agent Based Model (ABM) of the beef supply chain saw modelling of several aspects of "agent" behaviour - including behavioural drivers relating to succession, industrialization, leisure farming, and diversification. Using June Agricultural Census, Farm Structural Survey, and Land Capability for Agriculture data, the ABM was populated with over 13,000 Scottish cattle farms, in their spatial context.  Researchers were engaged in a great deal of science-policy engagement throughout the year providing information, advice and analysis on a wide range of policy-relevant topics with RESAS analysts, Scottish Government policy officials and industry stakeholders. Such policy support exploits the mix of capabilities developed across the Rural Industries work package, so the policy interaction highlighted are not exclusive to individual Research Deliverables.  Examples of science-policy engagements included: confidential summary of Ecological Focus Area activities; confidential analysis of the redistribution of CAP Pillar I payments under the 2015 CAP reforms; support of the development of the Scottish Government's Rural Economy narrative including helping develop RESAS’ new rural-urban definition of local authorities; providing oral evidence to the British-Irish Parliamentary Assembly Inquiry into the implications of Brexit for the agri-food sector and oral evidence to the Scottish Parliament’s Rural Economy and Connectivity Committee on the Draft Climate Change Plan (RPP3), and; providing insights into the craft brewing sector in Scotland.

Farm level financial and biophysical data was analysed over time to improve understanding of, and isolate the influences in variability of business performance. This included linking the data with land-capability for agriculture maps and developing new key performance indicators to measure resilience in the dairy sector. Prototype maps of potential and actual barley yields across Scotland were generated using barley crop simulation models, climate databases, satellite-based estimates of solar radiation, soils maps and databases of their properties and land use maps.

Different agricultural datasets were integrated to develop a preliminary agent-based model exploring possible mechanisms underlying the decline of medium-sized farms during the last 10-15 years.  Researchers were engaged in a great deal of science-policy engagement throughout the year providing information, advice and analysis on a wide range of policy-relevant topics with RESAS analysts, Scottish Government policy officials and industry stakeholders. Such policy support exploits the mix of capabilities developed across the Rural Industries work package, so the policy interaction highlighted are not exclusive to individual Research Deliverables.  Examples of science-policy engagements included a considerable amount of work on an options appraisal for the Areas of Natural Constraint (ANC) scheme to replace the Less Favoured Area Support Scheme (LFASS).  In addition, an assessment of evidence regarding “additional costs” and “income foregone” were undertaken as required by the EU Commission.

A synthesis report of the rural business surveys will be completed drawing out key themes, findings and knowledge gaps.  Further detailed statistical analysis of the 3 year’s of rural business data will be conducted to enhance understanding of the rural economy.  We will continue to develop our work on farm business resilience and technical efficiency and in particular will, subject to data availability, assess measured carbon footprint data against efficiency and viability indicators. Mapping of agro-meteorological metrics using a downscaled (1km resolution) version of the latest UKCP18 climate change forecasts will be completed and used with land management, Scottish Government agency and policy teams.  This new climate change data will be exploited in improved barely production modelling to make estimates of future production for the 2020-80 with Scotch Whisky Research Institute and RESAS Agricultural Statistics staff.  The agent-based modelling efforts will be focused on testing policy options to incentivise behaviours with positive GHG emissions or biodiversity outcomes.

Case Studies
The Impact of Change on Rural Businesses 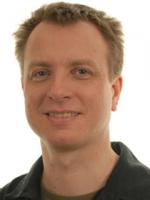 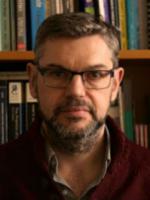 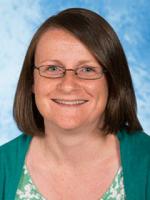 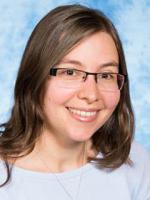 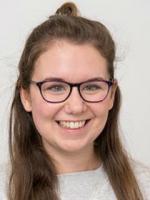 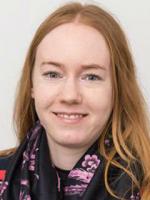 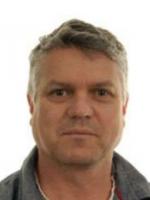 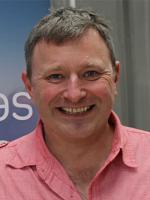