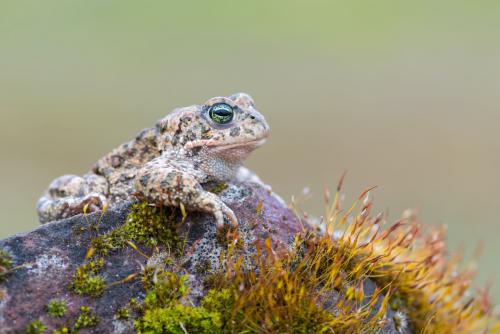 In this case study, we describe field investigations of liver fluke risk to livestock associated with grazing under two different agri-environmental schemes and discuss best practice for conservation grazing and sustainable fluke control.

The liver fluke is a highly pathogenic flatworm parasite of livestock, which can cause significant production losses and even death in sheep and cattle. It is a real environmental pathogen in the sense that much of its complicated life-cycle is completed outside its natural hosts. Grazing animals become infected by ingesting fluke cysts shed onto the pasture by infected mud snails, so fluke is typically associated with low-lying, boggy or ‘fluky’ ground. Fluke risk is, therefore, dictated to a large extent by climatic conditions and farm management practices.

Fluke management has typically focused on routine treatment of stock with chemical flukicides coupled with reducing livestock access to boggy ground through either fencing or drainage. However, some agri-environment options promote the grazing of wetland areas on farms for other environmental benefits associated with these habitats. As a result, there is some perceived reluctance amongst livestock farmers to engage in such schemes for fear of increasing the liver fluke risk to their livestock. 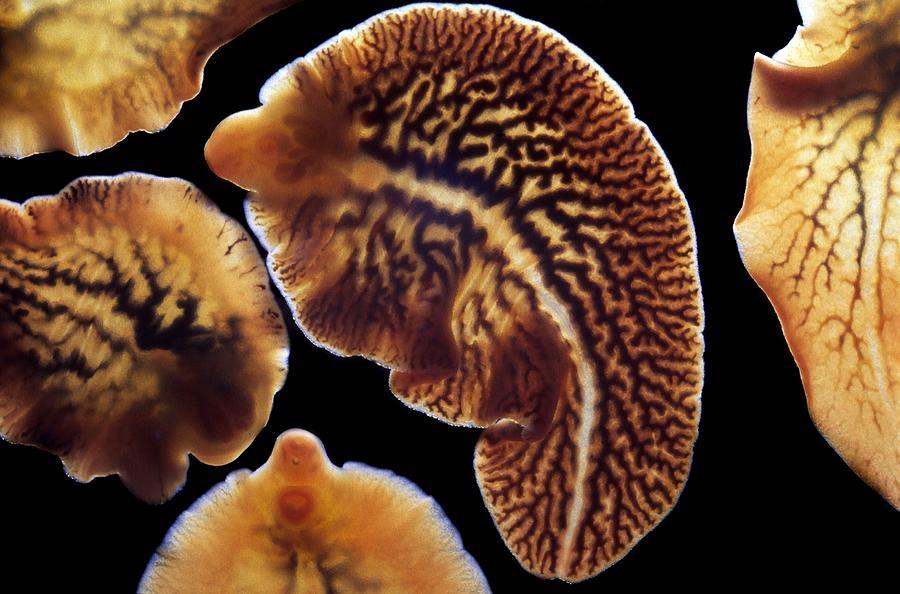 To address this issue, we have been attempting to quantify the risk of fluke infection to grazing livestock under the two different agri-environment scheme options. For each of these options we have selected sites where we have: 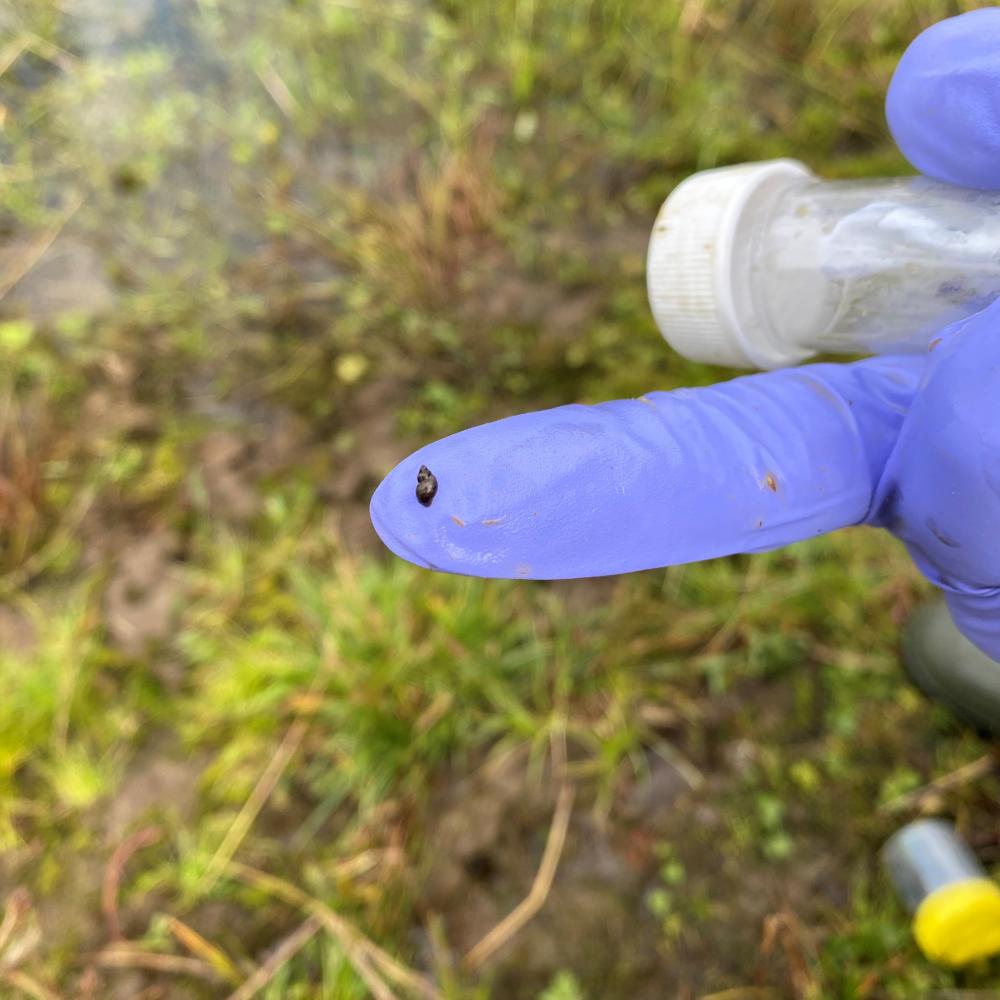 Since 2016, we have been working with the Dumfries Scottish Natural Heritage (now nature.scot) Project Team, the Amphibian & Reptilian Conservation Trust (ARC-Trust) the Wetland and Wildfowl Trust (WWT), as well as local land managers to investigate conservation grazing practices at the Caerlaverock Estate on the Solway Firth.

There is a perception amongst farmers that grazing the merse (saltmarsh) and associated marginal areas may increase the fluke risk to their stock. These areas provide habitat for natterjack toads, which are an endangered and protected species in Scotland. Conservation grazing by livestock helps maintain short grass and open areas favourable for the natterjack toads to hunt & breed – but does this increase the fluke risk to grazing livestock?

In order to investigate this, we have been working with local farmers to monitor the fluke infection status of their animals before, during and after grazing on the merse. We do this by counting any fluke eggs we find in fresh faecal samples. To date, we have found very low levels of liver fluke (and rumen fluke) eggs in cattle going onto the merse, but no evidence as yet that stock are actually picking up infection from grazing on the merse.

We have also been investigating the intermediate host snail aspect of the fluke life-cycle. The natural intermediate host of liver fluke in the UK is a tiny mud snail called Galba truncatula. To date, we haven’t found any Galba snails on the merse, rather the dominant species is a larger New Zealand mud snail, and while this has been shown to be able to transmit liver fluke and rumen fluke, we have not found any evidence of this happening yet at Caerlaverock.

Interestingly, we did find Galba snails infected with liver fluke and rumen fluke in marginal areas close to the merse, and the stock grazing these areas were infected with both fluke species. We are currently investigating whether liver fluke and rumen fluke eggs and cysts can actually survive under saltmarsh conditions e.g. salinity, pH etc., as this will dictate whether the fluke life-cycle can actually be completed on the merse. 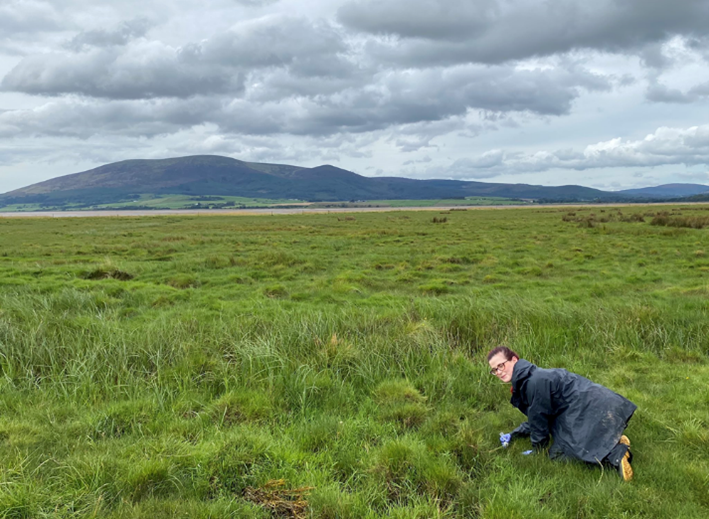 Wetland birds such as snipe, oyster catcher, curlew and lapwing are in serious decline in Scotland. One way to encourage them back into farmed landscapes is to introduce what are known as wader scrapes. These are typically small shallow ponds with muddy margins, which provide access to invertebrates as food for waterfowl and wading birds. SRUC HMRC established a number of wader scrapes at Kirkton and Auchtertyre approximately 5 years ago, under a Scottish Government Agri-environment and Climate Scheme (AECS).

Wetland areas and grazing animals would not appear to be compatible from a liver fluke risk perspective, hence our interest in actually monitoring the situation over time as the wader scrapes established. Small mobs of sheep are brought into the scrape areas from neighbouring in-bye fields for short periods of grazing. This is deemed essential to maintain the sward at the requisite height for nesting etc., to break up the vegetation and provide dung for invertebrates, an important food source for wetland birds and also to prevent the margins from becoming overgrown and inaccessible to the birds.

We also sampled the mud snail population around the margins of the scrapes over time. The first species to establish was the larger aquatic snail, Radix peregra. This has also been shown in other studies to harbour liver fluke stages, but we have yet to find evidence of this in the wader scrapes. The ‘liver fluke snail’, Galba truncatula, was a little slower to establish, but is there now, but again, we have yet to find evidence of fluke infection in these snails. We have, however, found liver fluke eggs in deer faeces around the scrape margins, so fluke is there, albeit at very low levels currently.

One other intriguing finding was the presence of fluke cysts in the water within the scrapes and on the shells of the Radix snails. Some molecular detective work proved that these were, in fact, cysts of Notocotylus sp., a natural trematode (fluke) parasite of many wetland birds, which become infected by eating the snails.

So, in short, the risk to livestock actually grazing in and around the wader scrapes at Kirkton would appear to be lower than the in-bye fields from where they came. This is due to a combination of sward height, the lack of much suitable snail habitat and the low level of fluke, circulating only as a result of wildlife incursion. That said, how long this remains the case depends on how the wader scrapes are managed going forward. 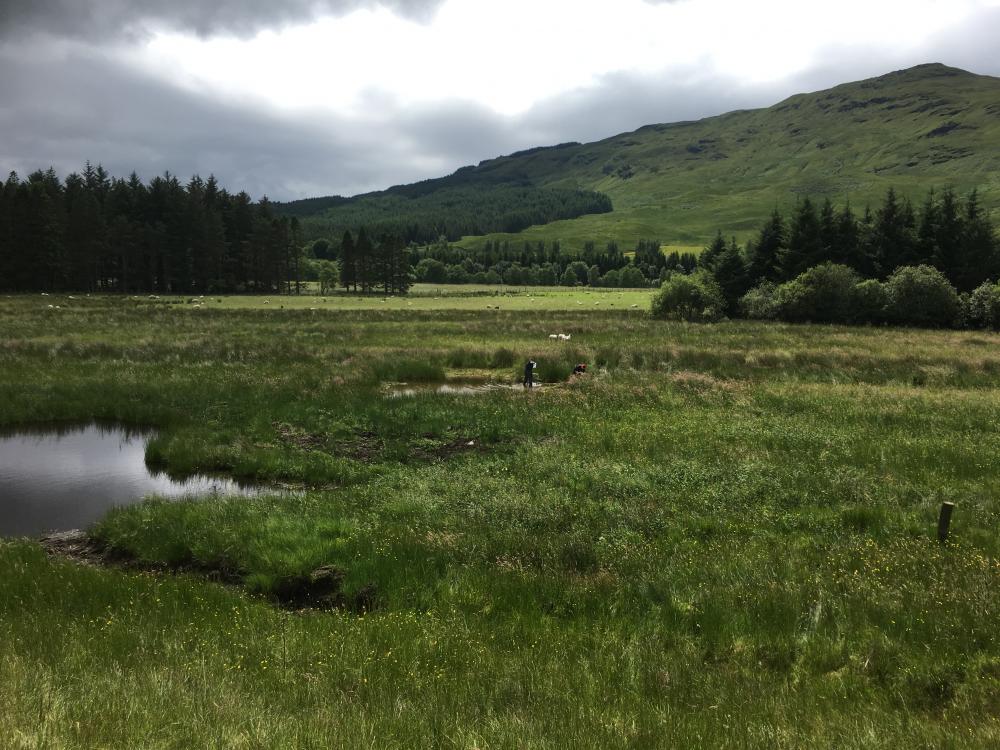 The risk to livestock grazing in and around the wader scrapes at Kirkton appear to be lower than the in-bye fields from where they came.

The study to date has served to reinforce the message that farmers and land managers need to be able to assess the fluke risk on their own farm, based on local environmental conditions, diagnostic testing and grazing management practices, because every farm is different, whether in an agri-environment scheme or not. The ideal scenario is to identify the potential win-wins and encourage evidence-based decision making such that agri-environment schemes promote biodiversity, but not at the expense of animal health and welfare.