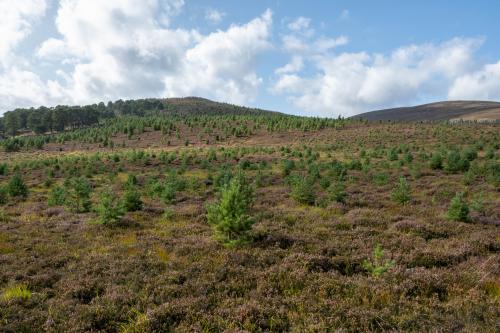 Woodland expansion is a key part of the Scottish and Westminster Governments’ plans to meet net zero carbon emission targets by 2045 and 2050 respectively. Here, we use replicated experiments to study the changes that occurred on heather dominated moorland when birch and Scots pine were planted. On decadal timescales we found that net ecosystem carbon storage did not increase, above ground gains being off-set by loss of carbon from the soil.  There were few other changes in soil chemistry, but the soil microbial community was shown to change, as was the above ground vegetation.

Increasing tree cover is a key strategy of the Scottish Government to meet its commitment to net-zero carbon emissions by 2045. The simple rationale being that trees ‘lock-up’ carbon in their biomass, thus reducing the amount of carbon dioxide (a major greenhouse gas) in the atmosphere. Therefore, the Scottish Government aims to increase woodland cover from around 18% to 21 % by 2032 and to increase tree planting rates to 15,000 ha per year by 2024/25. The Westminster Government also has similar, ambitious woodland expansion plans, aiming to increase woodland cover from 13% to at least 17%.

Such a major increase in woodland cover would result in a major shift in land uses. One habitat that may decline in area as a result of increased tree cover is heather (Calluna vulgaris) dominated moorland.  This project assessed the changes in vegetation, soil chemistry and soil processes that occurred as trees establish on moorland. We utilize two sets of long-term replicated experiments. The BIG experiment where birch (Betula pubescens) and Scots Pine (Pinus sylvestris) were planted on heather moorland in 2005 and the MILES plots where birch was planted on heather moorland in 1980. All plots were fenced from large herbivores. 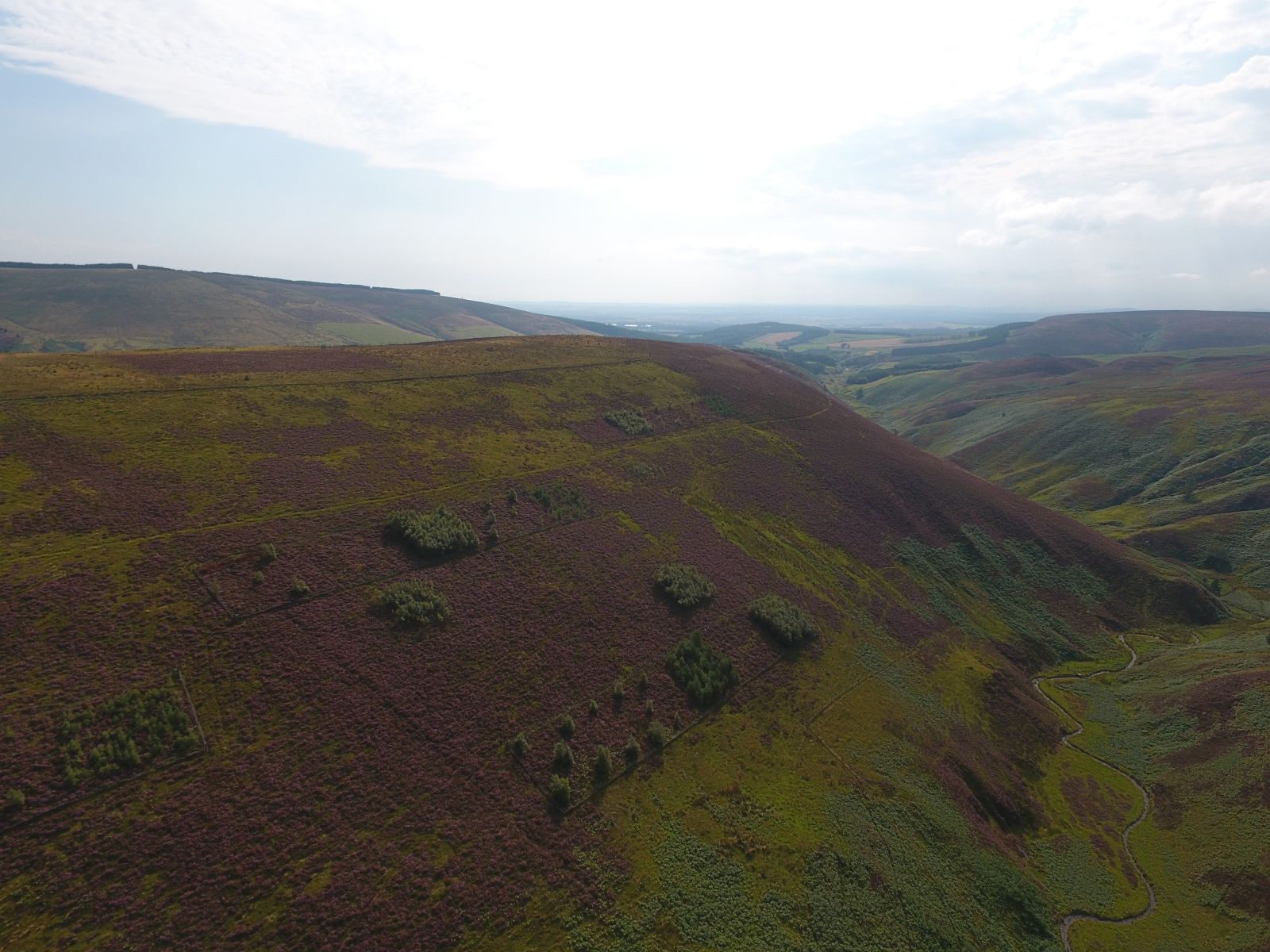 At the BIG experiment 12 years after planting, the organic layer of the soil below the trees stored less carbon than the soil under heather. The increased carbon stored in the tree biomass was either less than (birch plots) or only equal to (pine plots) that lost from the soil. Results from the MILES plots with older birch trees (38 years) showed a similar pattern with no net ecosystem gain in carbon storage occurring.

Detailed soil chemistry analysis from the BIG experiment showed that while soil pH, potassium and magnesium concentrations changed following tree planting at some sites, but not all, there were few other changes in soil chemistry. The soil microbial community composition (bacteria and fungi) was different in the different treatments of birch, pine and heather moorland. Although previous work has shown an increase in decomposition under birch compared with heather moorland, we only detected differences in decomposition rates between tree plots and heather plots at some sites but not all. This may have been because of the 2018 drought during which decomposition was measured, or due to the relatively young age of the trees.

Within the BIG experiment there were subplots to test if changes in ground flora composition or additional tree litter (birch leaves or pine needles) were driving the soil chemical changes. We found no difference in the soil chemistry of any of our subplots.

After 12 years, the vegetation composition was starting to change, with a decline in heather cover and the ground flora becoming dominated by blueberry, grasses and mosses. 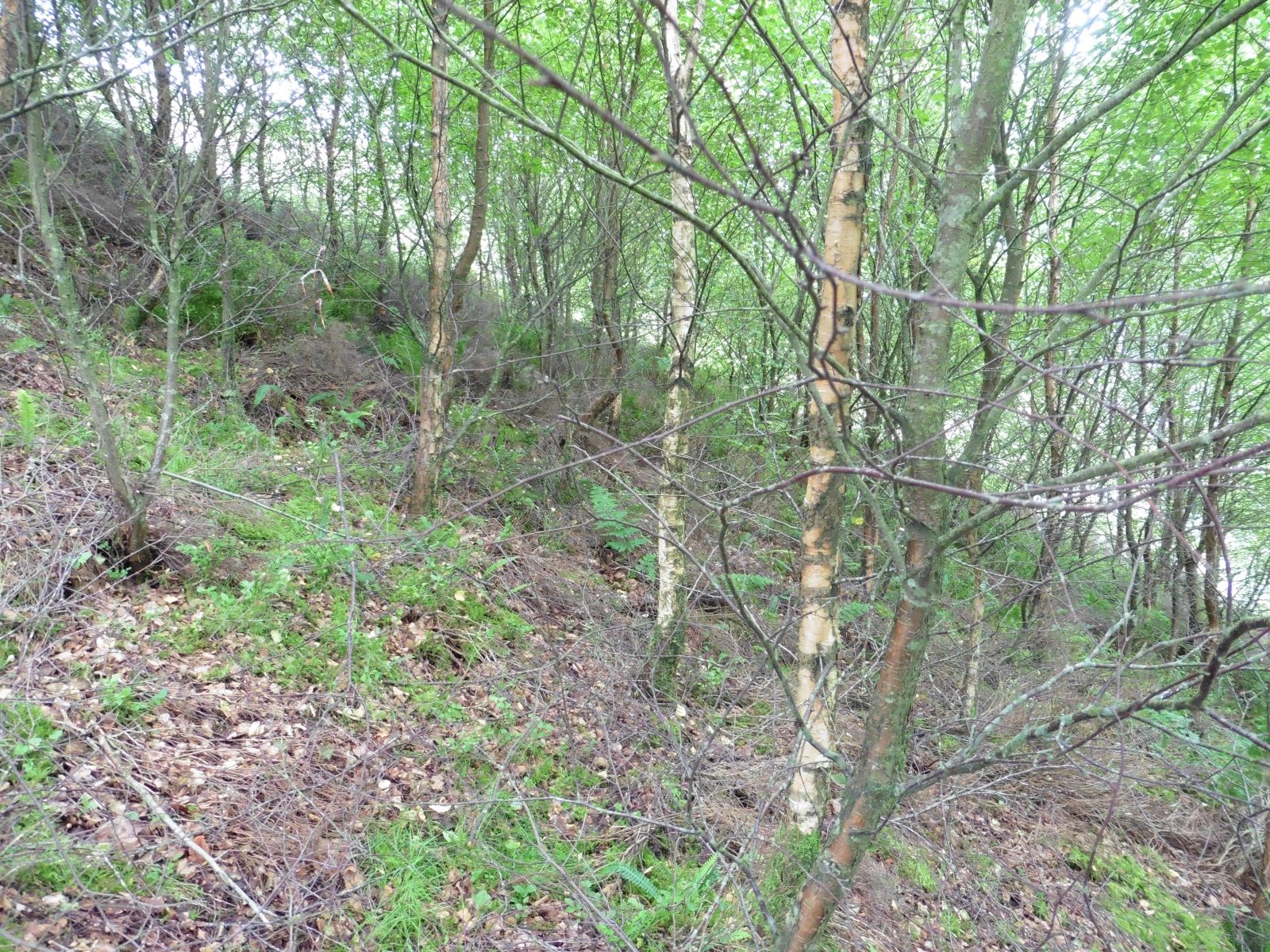 The heather has been shaded out by the establishment of the birch trees. Photo credit Ruth Mitchell

This study shows that we cannot assume that tree planting will always lead to an increase in total carbon storage on decadal time scales (13- 40 years) and hence contribute to climate change mitigation, although tree planting may have other beneficial effects e.g. for biodiversity. The sites in this experiment were not on peat soils but were on organic rich soils (podzols). Globally more carbon is stored in soils than in vegetation, and tree planting schemes need to consider their impact on this carbon store.

The impact that tree planting may have on soil carbon will depend on how the tree is planted, for example ploughing or mounding will cause more disturbance and hence carbon loss than the slot planting used in this experiment. The losses of soil carbon in this experiment may be due to a change in the soil fungal community, fungi associated with trees produce enzymes which are capable of breaking down carbon locked into the soil. It is unknown if such carbon losses, due to changes in fungal communities, also occur under natural regeneration.

The net ecosystem balance of carbon storage following tree planting will depend on the balance of above ground tree growth, which will vary between species, versus losses from the soil. Methods to improve tree growth, e.g. container grown birch rather than bare rooted birch used in this experiment, may increase tree growth and off-set losses from the soil, but this remains to be tested. Future changes in carbon storage will be influenced by climate change as changes in temperature and soil moisture will influence both soil carbon loses and tree growth.

Overall, carbon fluxes need to be better quantified and understood before we can be assured that large-scale tree planting in regions with considerable pre-existing soil organic carbon stocks will have the intended policy and climate change mitigation outcomes.