What is the cost of soil erosion in Scotland? 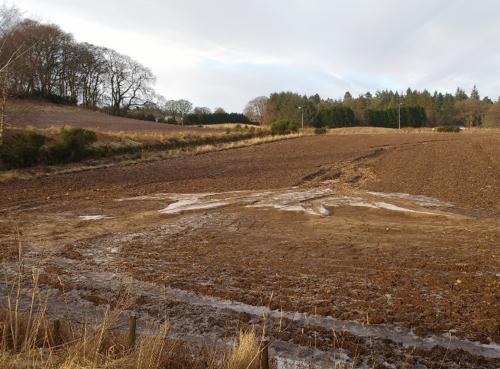 Sustainable soil management is a key component of several Scottish Government policies, including the Land Use Strategy, the Climate Change Adaptation Programme, and the Climate Change Plan. Reducing soil erosion has an important role in protecting our environment and maintaining Scotland’s soil resource for future generations.

Soil erosion is a natural process, soil particles become detached and are transported by our rivers and streams to the sea, but modern land management techniques can sometimes accelerate this process. For example, the creation of ‘tramlines’ (which are often seen running up and down slopes in arable fields), or the production of fine seedbeds for high value crops, can lead to increased rates of erosion.  Even though soil erosion in Scotland is not on the same scale as in some parts of the world, there are still environmental and financial costs to soil erosion, such as the loss of valuable nutrients from the field and pollution of Scotland’s rivers, lochs and water supplies.

Soils provide a range of benefits for society including growing crops and timber, regulating water flow, and storing carbon. However, these functions are threatened by soil erosion which impacts on crop yields, leads to a loss of soil carbon and nutrients from the land, and pollutes rivers and lochs.

Maps of the susceptibility (risk) of soils to erode already exist and are available to land managers to help plan cultivation in a way to minimize the risk of erosion and manage the soil resource sustainably but, to date, there have been no financial costs placed on the impact of soil erosion to these rural businesses.

Understanding the financial on-site and off-site costs of soil erosion could help inform future agri-environment schemes, where to target rural support mechanisms, and demonstrate to farmers and land managers the financial impacts that soil erosion can have on their businesses.

There are no systematic measurements of the extent or severity of soil erosion in Scotland. Although there have been several individual case studies, many of these have often been conducted in response to catastrophic erosion events. A review of published papers and reports suggested that the erosion rate in Scotland ranged from 0.01 t ha-1 yr-1 to 23 t ha-1 yr-1. However, there were insufficient data to accurately predict erosion rates for all of Scotland’s soils. Instead, a comprehensive database of 1,700 measurements of soil erosion in England and Wales were used to provide representative rates of soil erosion for a range of land uses (horticulture, intensive arable, extensive arable extensive, improved grassland, rough/unimproved grassland, forestry and the wider natural environment).