Protecting our soil and securing the way ahead 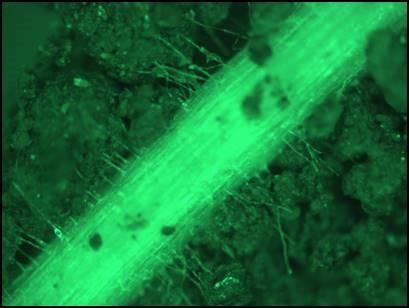 A large proportion of the Scottish strategic road network in the Highlands is vulnerable to landslides. Landslides in Scotland have significant economic impact and they may increase in frequency with the intense rainfall events associated with a changing climate. The potential of vegetation to decrease vulnerability to landslides has been demonstrated in the laboratory, and increased vulnerability to landslides has often been noted after vegetation clearance in the field. Work funded through the Scottish Government and other funding organisations (Engineering and Physical Sciences Research Council (EPSRC) and the Macaulay Development Trust) is allowing us to develop tools to measure soil stability in previously hard to access areas, and improve our understanding of the risks associated with this natural hazard.

Interactions between plants and soil are complex with each having the ability to influence the other and this can affect changes in the soil physical strength derived from the vegetation. For example, a dense soil has the potential to restrict root growth and exploration, and therefore reduce the mechanical contribution of the root to the soil stability. Conversely a less dense soil may potentially contain a greater mass of roots, with these roots therefore contributing more to the overall stability of the soil.

The importance of these contributions cannot be overlooked, especially as significant costs are incurred when landslides happen adjacent to transport corridors. A single landslide in 2004 on the A9 near Dunkeld was estimated to have cost £150k for each day of road closure, whilst there were 271 shallow landslides on the UK Network Rail embankment and cuttings during 2012-14 (two of which simultaneously blocked East and West coast railway lines at considerable cost and disruption).

Measuring the relative contributions of roots to soil stability is critical but has historically been costly and time consuming. Recently we have developed a tool that has the potential to overcome some of the obstacles previously experienced when performing in situ measurements of soil stability. The team involved are multi-disciplinary, including working collaboratively with civil engineers, forestry managers and soil scientists.

Tree root systems have typically large, stiff roots when compared to the root systems of grass. The way in which the contribution of these roots can then be measured is different requiring different equipment to do this.

In order to develop the tool we first performed some experiments in the lab to ensure that the tool would work. We did this by using a very basic ‘soil’ (sand) and embedded different materials with similar properties to grass roots and tree roots. We found that a ‘corkscrew’ like device which was screwed into the soil and lifted vertically worked well in grass root like systems. An increase in the force required to pull this out of the soil provided information on the contribution of roots to soil strength. Due to woody roots being stiffer and thicker this device was not found to work well with these and an alternative ‘pin vane’ device was developed. Instead of recording the force required to lift the device, instead, the force required to rotate the device was recorded, torque. The value of torque required to rotate the ‘pin vane’ device gave a better indication of woody root contributions to soil strength than the ‘corkscrew’ device.

The next step in the development of the devices will be validation in the field, and consequently we have established some grass plots and willow plots to validate the device's performance. In addition to this we have plots which contain vegetation of different ages to examine the effect of time since establishment (or since vegetation has been killed) on the contribution of roots to soil strength. This information is critical in predicting longer term changes in soil strength and in providing advice on vegetation management.

In order to predict how stable and resilient soils are to landslides we need to understand the contribution of roots to the soil strength overall. Natural processes in the environment, such as drought, soil compaction or flooding (to name a few), have the potential to influence the mechanical properties of roots making it essential that studies are conducted in the field.

With our newly developed tools it should be possible to measure root contributions in soil strength in areas where measurement has previously been difficult, typically due to the cumbersome nature of other devices.  The portability of the new devices will allow land and infrastructure managers to collect new data from remote locations to better protect areas with a history of failures that have led to widespread disruption.

The tools will not only be useful in providing a baseline from which any changes can be detected but also in monitoring variability due to climatic conditions. The climate can have a significant effect on soil strength and root contributions. Wet soil is inherently unstable and it is in such conditions that roots contribute the most to stabilising the soil. With increasingly more intense rainfall events there will be a greater need to understand what specific vegetation provides the best level of protection. To be able to do this we need robust tools to measure this contribution and the tool we have developed can play a key role in furthering our understanding.