Sustainable crop protection minimises yield and quality losses from pests, weeds and diseases whilst reducing current reliance on pesticides. This is driven by the need to maintain, or increase, crop yields and quality for priority Scottish crops (barley, potato, soft fruit) whilst diversifying crop protection options, such that Scottish crop production systems will be greener and wealthier. Integrated management of pests, weed and diseases by maximising the beneficial effects of varietal resistance, crop agronomy, action thresholds and alternative control measures are key strategies. Pesticide losses as a result of legislative changes and the development of resistance provide a further driver for research into alternatives.

The aim of this research is to understand the importance of factors that modify reliance on pesticides and integrate these into Integrated Pest Management (IPM) toolboxes tailored to key Scottish horticultural and arable crops. Novel control options, which reduce reliance on pesticides, are required because of reduced availability of plant protection products. IPM tools are being developed and evaluated in optimised combinations to suppress key pest and disease threats for each cropping system. This work integrates contributions from other areas of research e.g. new varietal resistance, pest monitoring and forecasting tools, and works closely with stakeholders to prioritise IPM research and promote uptake of best practice.

Eight IPM themed events across Scotland were used to communicate key messages relating to the need to modify fungicide and insecticide programmes according to season, soil conditions, rotation and variety. The need for a holistic approach to pest management, from soils to fungicide usage was stressed. IPM practitioners were informed of the current and anticipated regulatory changes regarding pesticide availability. Key findings and issues were discussed with government policy makers and key stakeholders such as Scottish Quality Crops Ltd and the Voluntary Initiative.

A method for assessing uptake of IPM practices on arable farms was devised through collaboration with research institutes in England, Ireland and Northern Ireland. This ‘IPM metric’ was based on the expert opinion of c. 50 stakeholders and was tested in farmer survey for which over 200 responses were collected. The survey results showed that level of adoption of IPM practices varied over the sample. All had adopted IPM to some extent but only 6% of farmers had adopted more than 85% of what is theoretically possible, as measured by the new metric. This metric could be a viable and cost‐effective method to facilitate the benchmarking and monitoring of national IPM programmes, including National Action Plans for the Sustainable Use Directive, in temperate arable farming systems.

Research on risk modifiers in wheat and barley this year demonstrated the significant role of weather in disease development: the harsh winter and dry spring curtailed disease development. Research on risk modifiers for late blight in potatoes led to recommendations being made based on varietal resistance for both leaf and tuber blight. Workshops and surveys supported the notion that there is a perceived risk associated with high levels of IPM adoption. Unless this risk is shared amongst others in the supply chain then high levels adoption may not be economically feasible for the farmer.

The influence of different environmental factors on the barley disease Ramularia leaf spot was analysed and increased rainfall and temperature were significant drivers of disease progression and will be studied in more detail in controlled environment work. Work on the importance of other stages in the life cycle on epidemic progression are under way. A guide and video to identifying symptoms in the field was produced in conjunction with AHDB and articles on Ramularia were published in the farming press.

Products which elicit plant defence pathways (i.e. elicitors) and therefore have the potential to protect plants against disease development, were tested in cereal and potato crops. In barley the value of these elicitors, particularly in a reduced rate fungicide programme, to manage diseases such as ramularia and powdery mildew was demonstrated. In potatoes, elicitors were shown to have potential to control powdery scab and to reduce root galling. Working with manufacturers has granted access to novel biological alternatives to synthetic pesticides that are currently approaching, the market.

Potato Toolbox: The “Hutton criteria” for forecasting risk of late blight was validated through field trials and comparison with other available models. The Decision Support System (DSS) was promoted through various industry focused events. Oilseed rape toolbox: IPM solutions for the control of clubroot showed that the clubroot population in the UK is very diverse so it's not sensible to rely solely on current varietal resistance for control. A recommendation to only use resistant varieties in fields known to have clubroot issues was made as overuse of these varieties will hasten the breakdown of resistance. The need to test soil and monitor the situation on farm was communicated to stakeholders. Cereal Toolbox: Factors such as sow date, seed rate and variety were shown to influence the need for fungicide in wheat and barley. Advice on tailored approaches to crop protection programmes has been amended and there has been an uplift in the varietal disease ratings deployed by growers.

Four summer field trial events showing themed trials were linked with four workshops, delivered around Scotland, covering IPM findings. Key themes featured tailoring inputs to seasonal risk and the use of sustainable solutions. Links were made to soil health talks and to presentations on pollinators. Barriers to uptake of IPM were explored and three key findings emerged. 33% of growers were unaware of IPM. Industry is divided as to the best:best and worst:worst options; they over-estimate responses to fungicides and over-estimate grower uptake of resistant varieties.

Historic trial databases and a long-term database of Scottish crop disease surveillance in commercial crops (known as the 'adopt-a-crop' database) were mined for detail on barley diseases. The effects of wet weather, varietal resistance and sow date were identified as the most significant drivers of disease. Analysis shows that there is scope for greater uptake of IPM in Scotland as key risks are not reflected in farmer uptake of IPM measures such as resistant varieties despite the willingness expressed in co-construction workshops to the adoption of such measures.

Ramularia leaf spot in barley causes large yield losses in Scottish barley crops and affects the quality for markets such as malting. Risk factors are not well understood so an annotated life cycle diagram was prepared which highlights where knowledge is based on peer reviewed evidence and identifies areas where there is still uncertainty over the life cycle and the key drivers of disease risk. A ramularia field guide and a technical note were prepared and a series of press articles raising awareness and promoting accurate identification were published in the farming technical press.

Novel products based on natural plant compounds such as sugars and starches were tested in combination with full and reduced rates fungicide programmes for disease control and results showed that they offer potential to reduce fungicide inputs in barley and potatoes. Discussions were held with manufacturers of these products to determine the potential and timescale for bringing such products to market.

Oilseed rape toolbox: Field mapping was added to the suite of varietal, fungicide and defence elicitor treatments previously evaluated against clubroot affecting oilseed rape were carried to test if targeted approaches to treating this patchy disease would be viable.  Cereal Toolbox: In wheat, delayed drilling, varietal resistance and crop density were evaluated alongside low moderate and high fungicide inputs. Results show that reduced inputs are possible in low risk scenarios. Potato Toolbox: The use of the “Hutton criteria” for predicting blight risk was incorporated into IPM trials and was promoted in commercial practice.

Field demonstrations, trial events, articles in the farming press, podcasts, winter workshops on integrated pest management (IPM) and a cross-sector IPM science workshop were delivered. Practical IPM workshops collected evidence on farmer's and agronomist's attitudes to pest management, priority diseases and current management practice. Analysis showed that there was greater potential to take up resistant varieties to reduce fungicide use. Contributions were made to stakeholder groups and forums such as the Fungicide Resistance Action Group which has given rise to specific industry guidelines and updates on pesticide stewardship.

A review of disease management decision making was carried out and provides information that allows an overall risk assessment to be made when evidence from several concurrent risks, which may have been measured using different scales, needs to be quantified.  Database mining has quantified the key disease risk for Scottish barley crops and shown that yield benefits from pesticides are often smaller that growers think. This long-term analysis ruled out the direct influence of environment on Ramularia epidemics and showed that spore movement 100 days before harvest is important in disease development. This will be used to develop a risk warning system to allow Scottish farmers to tailor their fungicide inputs to risk and to select more resistant varieties.

Two IPM publications delivered the 8 principles of IPM. Alternatives to pesticides e.g. biological control agents and elicitor products which prime host plant's own defences were tested in potato, barley and oilseed rape trials and a paper was published on the brassica results. Work will now focus on integrating the most effective products into fungicide programmes. Cereal and oilseed rape variety testing trials contributed resistance data to industry committees that list new varieties suitable for growing in Scotland. Genes involved in encoding potential new disease control targets have been validated for Potato Cyst Nematode, P. infestans and R. commune and are being tested. Spore trapping methodology for the barley pathogen Ramularia has been developed to inform risk surveillance.

With evidence of fungicide insensitivity, research using targeted approaches to design new crop protection products is timely. SRP developments in pathogen genomics and life cycle biology have allowed a re-evaluation of target-based screening approaches for identification of new agrochemicals in consultation with four international agrochemical companies (combined 50% market share, global market value for crop protection products > US$65B). Incremental steps to accelerate the pesticide discovery process can have a multi-million-dollar impact and based on our information, screening within lead discovery programmes has been re-evaluated.

IPM research will continue to bring together management components within IPM toolboxes, including host resistance, disease forecasting, spore detection, inoculum sources and fungicide programmes in consultation with stakeholders and in alignment with policy makers’ considerations. Future research will, in collaboration with industry and through involvement in international consortia, improve, develop and deliver components of best practice.

How diverse can crop mixtures be in an IPM context?

Crop traits for defence against pests and disease: durability, breakdown and future prospects

Assessing the barriers to uptake of Integrated Pest Management in Scotland

New live screening of plant-nematode interactions in the rhizosphere

IPM tools for pest and disease management in raspberry plantations

An agroecological approach for weed. pest and disease management in Rubus plantations

IPM, from research into practice: mind the gaps

Predictive diagnostics for soil-borne diseases of potato: an essential component of IPM

IPM practices on arable farms in the UK and Ireland

Assessing the barriers to uptake of Integrated Pest Management in Scotland

Perception vs practice: farmer attitudes towards and uptake of IPM in Scottish spring barley

What agricultural practices are most likely to deliver ‘sustainable intensification’ in the UK?

Case Studies
Citizen Science: How to Investigate Pests and Diseases Under Climate Change 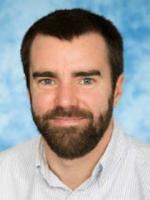 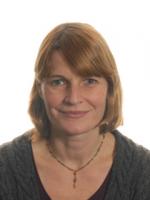 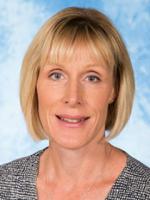 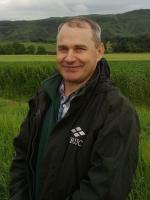 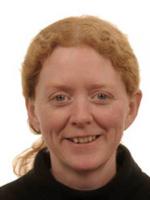 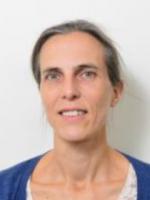 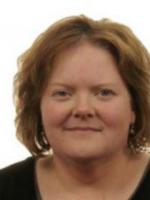 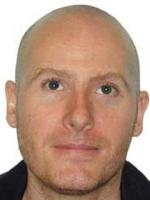 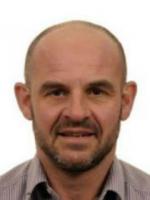 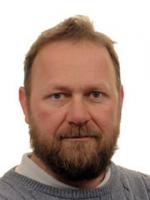