Not all roots are equal – so what? 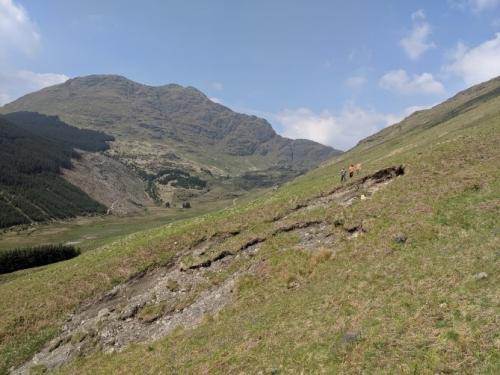 Soil is, and always will be, a very valuable resource. Soil is critical for food production and regulating several services to the wider environment, such as flood regulation and storing carbon. Soil is not perfect, however. Occasionally landslides and soil erosion can impact our lives causing significant delays and disruption requiring new approaches and landscape management strategies. One such approach is to make soil stronger and more resistant to failure through the use of vegetation, and more importantly, the root system of plants.

In a previous case study, we highlighted the role that plants roots can play in decreasing the risk of landslides, especially important when adjacent to main transport corridors. What is important to understand is that the root system that acts to stabilise the soil can be as different below ground as the plant is different above ground.

Big trees have typically larger diameter roots when compared to shrubs and grasses, this is not a radical concept, but it does mean that the way they reinforce soil can be very different. Tree roots typically grow deeper into the soil and can act to stabilise it. However, roots can also be blown down during periods of high wind leaving them in the soil to decompose over time, losing their key strength and contribution to soil stabilisation. 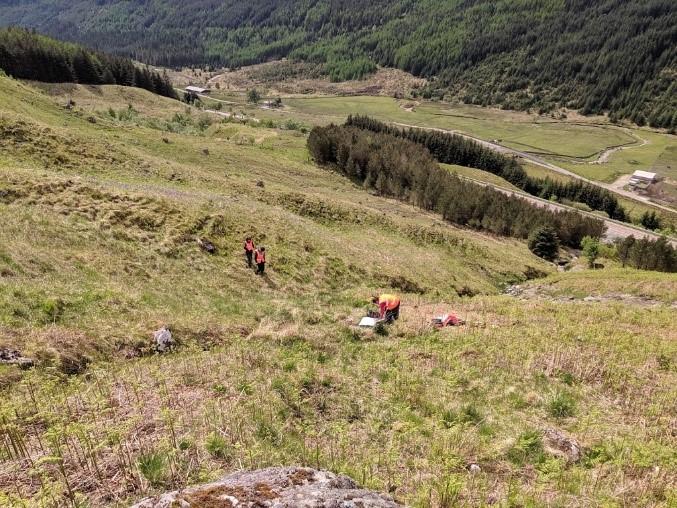 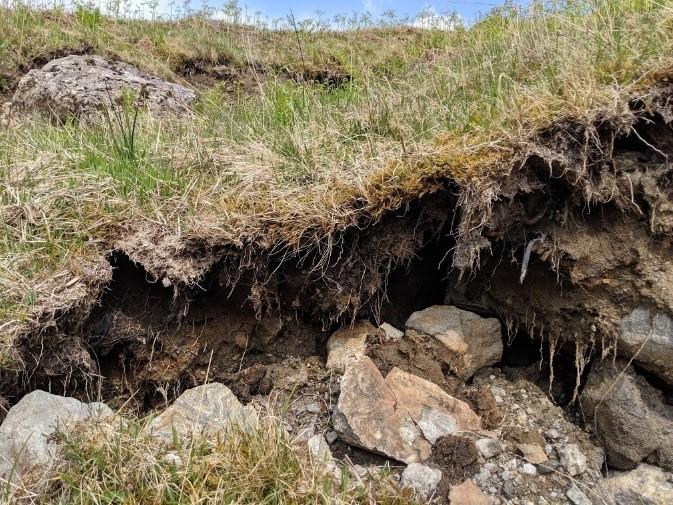 Trees may also die because of several different other factors, such as droughts or disease. How much the contribution of these decomposing roots stabilise soil after the plant has died is of critical importance in understanding the long-term implications of vegetation in reinforcing soil. Additionally, such information is important to understand from a land management perspective to know when soil is weakest, and more susceptible to erosion or landslides, so planting strategies can be employed to ensure soil is always stabilised despite changes in vegetation dynamics.

To understand potential differences in roots for stabilising soil we used three different plant species, Sitka (Picea stichensis), Beech (Fagus sylvatica) and Cotoneaster (Cotoneaster spp). Samples were collected from naturally growing plants with some mechanically tested after collection whilst others were stored to be tested later after they had been allowed to decompose. We were testing the assumption that root strength, and also how elastic (stretchy), they were would change over time. We also wanted to show how roots from different plants also behaved differently when they were mechanically stretched. It’s important to understand that larger diameter roots are normally weaker than smaller diameter roots, there are ideas about why this is the case and likely to be a result of a number of different factors. 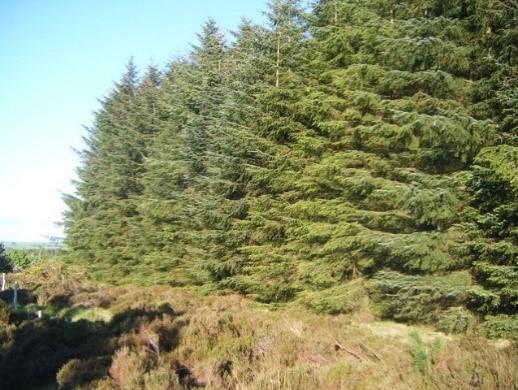 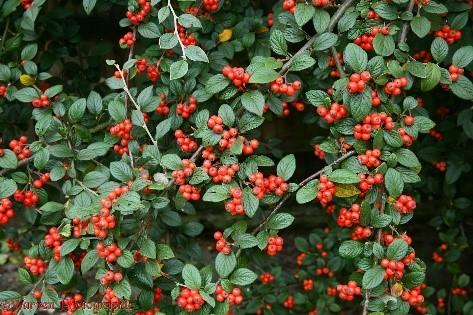 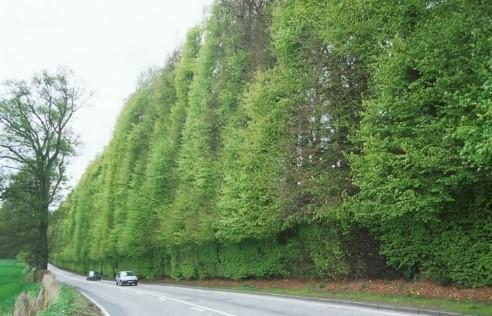 What we found was that roots were different between species with fine Cotoneaster roots being the strongest when alive but also some of the weakest after they had decomposed for 9 weeks. Interestingly there was little difference between the strength of Beech roots when they were alive, and after they had been allowed to decompose for the same amount of time. When it came to how elastic roots were Sitka was the most ‘stretchy’ and thick Beech roots the stiffest. After decomposition, Sitka was even less stiff whilst Beech stiffness increased when compared to fresh samples.

So what? What does it actually mean? The reality is that we need this sort of information to understand potential changes in how soil might become more susceptible to landslides and erosion once plants have died. Clearly it is always better to have living plants but sometimes this cannot be avoided, for example through disease outbreaks (like Ash die back) or commercial forest harvesting. What is important is knowing the potential impact of changes so management strategies can be put in place to minimise any associated risks.

On a basic level we have shown that in general root strength will decrease once plants die, but, in some species, roots will maintain their strength. When it comes to a more associated measure of root properties, how elastic they are, roots may become stiffer, rather than being like an elastic band and more like dry spaghetti, not stretching very far before they break. This could be quite important to know; soil has the potential to expand and shrink naturally, such as through processes associated with water storage; if roots are stiffer they are potentially more likely to break with a smaller amount of movement. The more elastic the roots are the more the ground can potentially move without losing its strength, this can be important in areas where small movement might occur naturally over time.

We are beginning to understand more about what makes a root good for stabilising soil. It is important in the wider environment considering soil only develops at a rate of 1cm every 200-400 years, this amount of soil can be eroded and washed away very quickly without proper care. Through an understanding of changes in ‘risk’ of slope failure and erosion we can start manging the environment to protect one of our greatest resources.