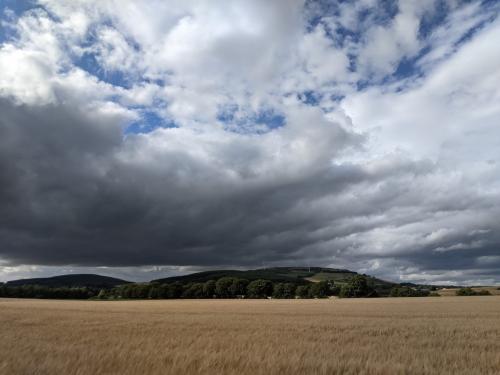 The Scottish Government has committed to legally binding targets to reduce greenhouse gas emissions to net-zero by 2045. This will require a reduction across all sectors of the economy. The agricultural sector is in a unique position to contribute to this goal: it delivers many benefits to the public but also accounts for around 16% of all emissions in Scotland, with 19% of these coming from the North East. Over the past 10 years there have been a number of industry reports outlining both the opportunities to reduce emissions from agriculture and the costs associated with them. As part of a SEFARI Fellowship, we reviewed these reports and try to estimate the gap between current and target emissions and what might be feasible.

Climate change is increasingly recognised as a challenge that left unchecked could have catastrophic consequences globally.  Public and political pressure to do something has increased with the publication of the Climate Change Bill and more recently the IPCCC reports and COP26 held in Glasgow. But, it is not yet clear is what the right thing to do is and how it may differ by situation. The Scottish Government laid out ambitious plans to make Scotland a net-zero emitter of greenhouse gases by 2045, but this target requires substantial changes to the status quo. The farming sector is in a unique position to contribute to this goal as they both contribute to emissions (like any other industry) and manage land that could either be a store of carbon or a net-sink.

Livestock farming has many benefits but around half the emissions come from the way that cattle and sheep digest their food. There are limits to how far emissions can be reduced with quick fixes for agricultural businesses, which are central to the rural economy, the appearance and health of the land and food production. Recent reductions in agricultural emissions have largely come from a shrinkage of the national herd and flock. It is important that further adaptations are identified and facilitated in a fair and just way, to ensure the farming community is adequately supported to make this transition.

The North East of Scotland is a mosaic of farm businesses and has a diverse mix of farm types. As the smallest of the four regions, it is home to the most specialist arable farms, the most pigs and mixed lowland sheep and cattle farms. There are opportunities to reduce emissions in the region, but until there are technological advances there are also limits to what can be done. The evidence for what is technically feasible at a farm level is often confusing and different reports have put emphasis on slightly different mitigations, some of which, like zero-emission farm machinery or methane-reducing diet supplements, are not yet market-ready. As part of a SEFARI Fellowship, we reviewed some of the recent reports to see what might be possible in the North East of Scotland.

Following the Scottish Government interest in setting out emissions targets there have been a number of reports about reducing emissions from agriculture. Furthermore, the North East has been a leading region for the analysis of agricultural greenhouse gases. We reviewed recent reports that estimated the impact of different activities on emissions. These reports were nationally representative, three for Scotland, one each for England, Wales and France and one global. The results of these reports were supplemented with a simplified tool comparing all of suggested on-farm mitigation options. 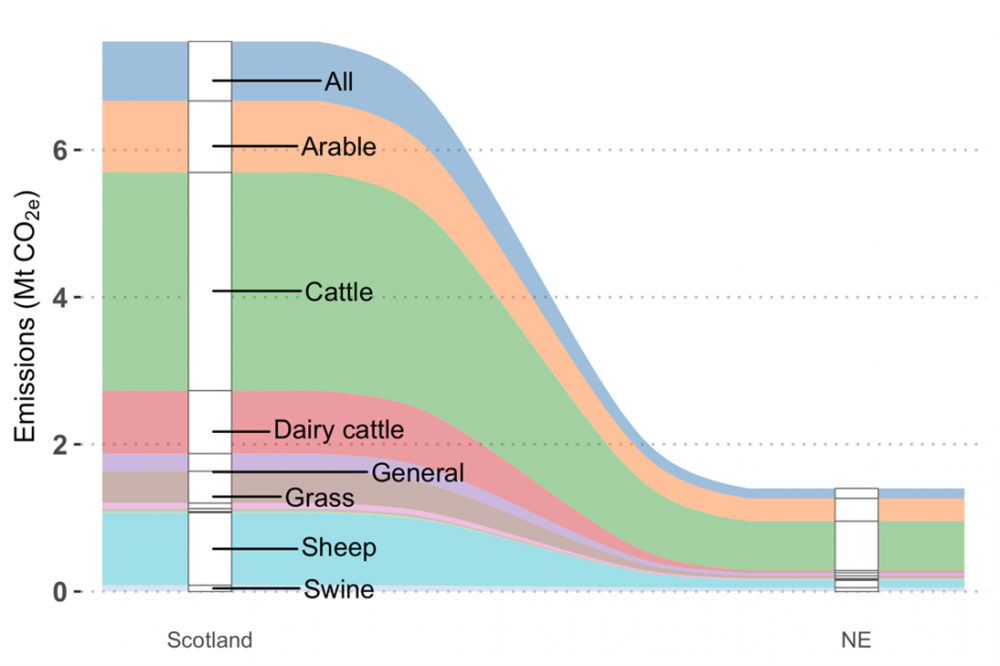 Figure 1 - Agricultural greenhouse gas emissions for the whole of Scotland and those estimated from the North East, which amount to ~19% of emissions (Smart Inventory, 2018)

If options were all averaged, that is to say, if farms all did something of middling impact to reduce emissions, then it would be possible to reduce emissions by twice the target (of 0.49 Mt CO2e). But this idealised reduction assumes that there are no barriers to uptake and that all options are equally valid. A previous study of farmer perceptions of different options reveals that some actions would be unacceptable to many. Other actions have been suggested and may be appropriate, but not in the North East (for example, different crop varieties or animal breeds). Taking six relatively acceptable mitigation activities (cover crops, optimal nitrogen use, reduced tilling, the use of nitrate additives, and covering dung and slurry) and making some assumptions about how far they could be rolled out (following the potential uptake from previous reports), emissions might be reduced by around half the current target (0.27 Mt CO2e). This is in line with other estimates that suggest that if current productivity is preserved then it is likely that the cap on emissions reduction is around 40% of the target.

The farming sector is pulled in many different directions and unique among economic sectors. The demands range from those common to any business, to make a profit, to serving a range of (sometimes opaque) public functions including food security and environmental custodians. There is an expectation that they can reduce their emissions, but the biggest gains are predicated on technology that is not yet available.

There are opportunities, but farmers need clear guidance on what to do to navigate through complicated and costly options. Some actions may require a change in management and for that, farmers may need incentivisation through examples of successful implementation.

Similarly, until there are changes in production technology, there are significant limits to how much farmers are likely to be able to achieve at scale. To that end, there needs to be agreed upon targets and support to achieve them. Key to success is likely the recognition that farms operate within a broader system and that changes can have knock-on consequences for better or worse.