Integrated Pest Management: How widely have these management practices been adopted? 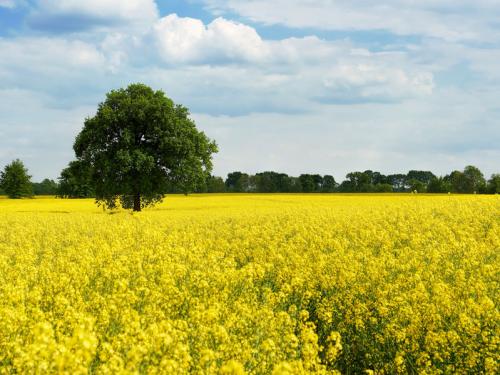 Arable crops like wheat and barley, are frequently under attack from diseases, weeds, insects and slugs. These lead to reductions in yield and affect the profitability of farms and the price of produce. To protect crops there is a heavy reliance on pesticides. We are currently researching ways to maintain crop yields and bring wider environmental benefits in an approach known as integrated pest management (IPM). This is a holistic approach to management which maximizes profitability and minimises any negative impacts on the environment. Through surveys and workshops, we created a way of measuring IPM adoption and identified what motivates high scoring farmers and the practices they had in common. This has opened-up opportunities for the further adoption of IPM practices and helped us tailor our knowledge exchange activities to the methods we know have most impact.

Yields in arable crop production systems in temperate climates like the UK are often reduced by diseases, weeds and other pests. To reduce reliance on pesticides to combat these threats, farmers often use them in combination with different methods of control, including cultural and biological alternatives. This holistic approach, referred to as Integrated Pest Management (IPM), is increasingly promoted as a way of managing pests in a more environmentally and socially acceptable, but equally profitable manner. To promote IPM practices and improve on-farm uptake, it is essential to understand current uptake levels and know what motivates farmers to further adopt IPM. Given the diverse range of pests that threaten arable crops in temperate climates, and the equally broad range of control measures that can be potentially used, the challenge for us was how to compare such different approaches and develop a common measure against which these changes could be judged.  To drive improvements, we surveyed farmers across the UK and Ireland to identify factors associated with good practices and explore any barriers to IPM uptake.

We developed a questionnaire and a method of measuring IPM adoption based on the views of various stakeholders (farmers, researchers, regulators, merchants). The metric developed used stakeholder and expert opinion to assign weightings to the different pest management options and let us score farms on a 0-100 scale for IPM adoption. We received 225 responses to the questionnaire and found that levels of IPM practiced on arable farms in Ireland and the UK at present vary significantly. We were able to identify some common features. We found that farmers who were more familiar with the concept of IPM had much higher levels of adoption. The best adopters tended to have larger farms and there were also key differences in how they obtained their information too. Although we found the average IPM adoption score was 67%, the best adopters scored much higher: greater than 85%. Those best adopters preferred to receive IPM advice from more impartial sources such as independent agronomists, crop walks/open days and discussion groups. In the future, this knowledge will be used to tailor knowledge exchange on IPM to the methods we now know will have most impact. It could also be used by government schemes or other initiatives to promote IPM adoption to recognise the importance of farmers actively engaging with IPM experts.

The benefits of greater uptake of IPM practices include improved resilience in the crop and farming system to diseases, weeds and other pests leading to more stable yields and prices. The reduced risk from pests in turn leads to reduced impact from pesticides and other agronomic practices on the environment, supporting safer and more sustainable food production systems.

The completion of an IPM plan is a requirement of UK crop quality assurance schemes, like Scottish Quality Crops and Red Tractor, and we have linked our research to both. A modified version of our survey will be a requirement for of the Red Tractor scheme from Autumn 2020. This enables our IPM metric to be applied annually, which will allow us to monitor changes in practice, and evaluate the success of our IPM research and knowledge exchange efforts.

Our research shows that a farmer’s familiarity with IPM is a necessary precursor to IPM adoption, in future our emphasis should be on delivering current, evidence based IPM advice to growers through robust field trialing and effective communication of key messages. Our knowledge exchange plans will promote the relationships between advisers and farmers, which we identified as a key in increasing uptake. We also know that for initiatives that promote IPM to be successful they must be supported by other stakeholders in the supply chain who influence pest management decisions e.g. processors, retailers and consumers. A fully co-operative approach is needed to support behavioral change in the farmers and greater adoption of IPM practices.