A Test is Best: A New Sheep Scab Blood Test Helps Control Disease on the Isle of Mull & Iona 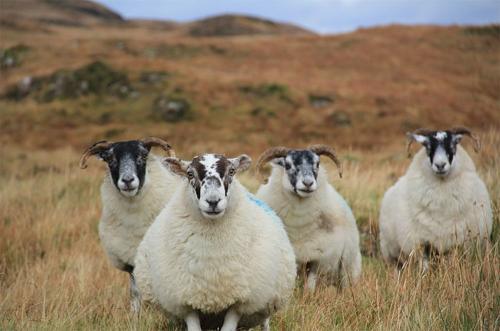 Sheep scab is a highly contagious disease caused by infestation with the mite Psoroptes ovis. It is endemic in the UK, notifiable in Scotland and has significant economic and welfare impacts. Diagnosis has historically been achieved through observation of clinical signs, e.g. itching, wool loss and the detection of mites in skin scrapings. However, early stages of scab are difficult to diagnose and those animals where symptoms are not yet definitive or readily observable i.e. sub-clinical are a major factor in disease spread. SEFARI scientists have developed a blood test, which can detect scab even in sub-clinical cases. To demonstrate how the test could work in a local control programme, they undertook a two year study testing for scab on the Isles of Mull and Iona. This involved testing as many flocks as possible across the islands to determine the level of scab, treating it where they found it and then keeping the island free from incoming disease by testing incoming/returning animals.

Sheep scab, caused by a mite called Psoroptes ovis, is a significant economic and welfare issue for the livestock industry in Scotland. Costs associated with treatment, control and reductions in performance impact Scotland’s rural economy by around £6M/annum. At present, diagnosis is largely based on clinical suspicion and subsequent confirmation of P. ovis infestation is through microscopic examination of skin scrapings taken by a veterinary surgeon. However, following infestation of sheep, there is a “lag phase” lasting up to several months, during which infestation may be asymptomatic and the detection of mites in skin scrapings can be difficult. The inability to diagnose infection before the disease has spread through the flock is an obstacle to effective control and disease prevention.

SEFARI scientists recently developed a blood test, which detects antibodies specific for the scab mite in sheep blood and can even detect sub-clinical disease. The blood test will be of particular use as an aid to control the highly infectious mite. However, a key issue for consideration is the uptake of the test by Scottish farmers. The Isles of Mull & Iona were selected for a large scale field validation of the blood test as there had been no recorded notifications of sheep scab on the islands since the disease became notifiable in Scotland in 2010. This island-wide eradication work was carried out in conjunction with the National Farmers Union Scotland (NFU Scotland) and Mull Vets. In total there were ninety sheep flocks across Mull & Iona, ranging from 5–2,000 sheep. This represented a unique opportunity to use the test to create a sheep scab free zone within Scotland, establishing  a benchmark for further disease control campaigns in the future. 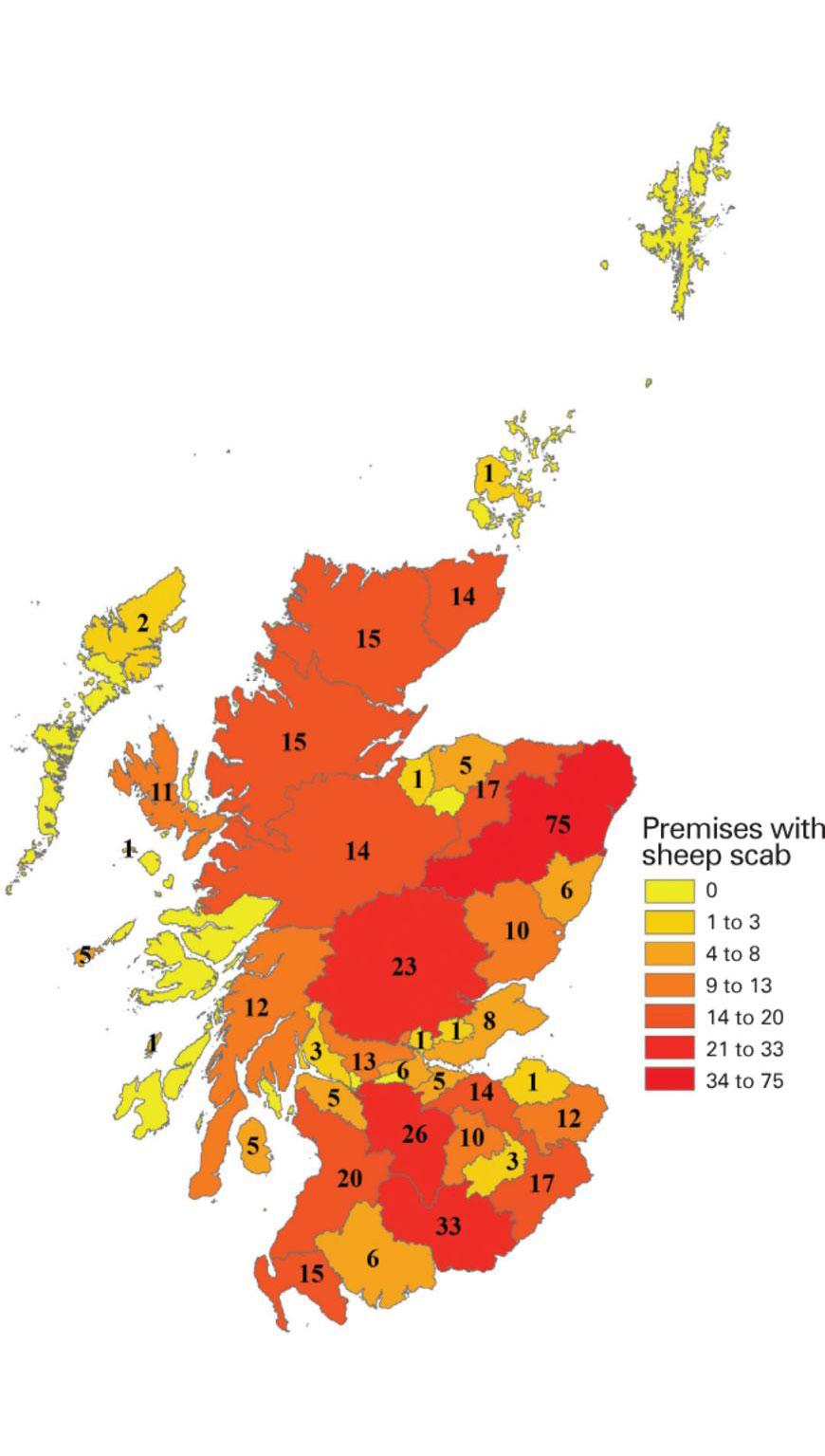 Early Warning Signals - Iona and Mull were selected for a large-scale validation as there had been no recorded notifications of sheep scab on the islands since 2010 (Image courtesy of Sargison and Busin (2010)).

Testing for sheep scab was spread across two years. During Year 1 SEFARI scientists tested over 700 sheep from around 60 premises across Mull and Iona. Just over 20 sheep (3%) were positive by the test and these individuals were re-tested 10 days later to confirm the result, with 9 sheep (1%) remaining positive on re-test. In these cases, all animals within the management group (isolated group with no contact with other groups, or the whole flock if <20 animals) were clinically examined. At no point were lesions or mites identified and no further signs of disease were observed during follow up, as such these likely represented false positives or indicated prior exposure to scab. In short, Iona and Mull appeared to be scab-free. During Year 2, we tested animals returning to the islands from overwintering as well as tups prior to, and post-tupping; using them as sentinels of disease. We tested over 500 sheep and noticed a very different pattern of responses compared to Year 1. A number of strong positive results were identified in one area of Mull, many of which remained positive on re-test. These individuals were clinically examined and suspicious lesions containing P. ovis mites were identified by skin scraping. One property had previously had scab but it had not been observed recently. In conjunction with the local vet they reported the outbreak to the Scottish Government and followed up treatment and testing of all animals on the property. To contain the disease we tested animals from all contiguous properties and followed up animal movements from the affected area by blood testing destination flocks.

No further positive test results were found during the follow up period and confirmation of the successful treatment of the infested sheep was obtained. As expected, the testing for sheep scab on Mull and Iona, showed that the Islands were not free of scab. However, it did demonstrate that scab was present at relatively low levels and highlighted the importance of applying good biosecurity. With the incidence of scab rising in recent years and the increasing pressure to use treatments with care amid cases of resistance the test offers a positive way forward. By making sure that treatments are only applied when necessary, not only will control be more effective, but for many sheep farmers it will mean lower costs. Making the best use of testing requires coordinating treatment, when appropriate, with our neighbours and using the existing chemical controls effectively.

SEFARI scientists are currently developing a rapid, pen-side version of the sheep scab blood. Moredun Research Institute is working with Global DX (a developer of point of care veterinary diagnostic tests) to complete the development and validation of the test. Use of the test by veterinarians would enable them to rapidly diagnose sheep scab infestation before the appearance of clinical signs and importantly, without the need to send blood samples to a laboratory for analysis. Both of these points are highly important as they will allow for early interventions and treatments, thereby reducing the spread of disease.

The SEFARI Gateway has funded a series of cartoons about sheep scab.