Could a Circular Food System contribute to Nutrition Security and Sufficiency? The Bean Hull Case

Could a Circular Food System contribute to Nutrition Security and Sufficiency? The Bean Hull Case 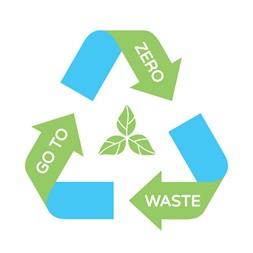 With growing pressures on food resources, agricultural inputs (e.g., energy, soil, water), production costs and the environment, many of us are looking at how we can reduce food wastage whilst still ensuring we get adequate nutrition.

In this blog. Madalina and Marietta - research fellows at the Rowett Institute, discuss work they’ve been doing to establish if broad bean hulls could be reused as food/food ingredients, in a bid to deliver circular nutrition (reusing food waste and providing needed dietary nutrients) as a zero-waste solution. It is hoped such approaches could contribute to a greener economy and a balanced diet simultaneously.

Food production and agro-industrial processing generate high levels of waste and by-products (such as peels, hulls and leaves), causing a negative environmental impact and significant expenses. Our global food system is highly inefficient with losses or wastage of food amounting to between 30 and 50% of all food produced. Around 220 million tons of food is estimated to be wasted every year, the equivalent of the entire net food production of sub-Saharan Africa (Food and Agriculture Organisation). Among commodity groups, this food waste varies throughout the world regions, from approximately 6% in Australia and New Zealand to more than 20% in Central and Northern Asia.

Valorising (reusing, recycling or composting) agricultural by-products for food could contribute to circular nutrition and to agricultural sustainability. In addition, this approach could help to tackle global dietary deficiency/malnutrition, by delivering important nutrients such as dietary fibre, protein, minerals and bioactive phytochemicals (chemicals from plants that may affect health). It has already been shown that food fortification can be utilised from agricultural by-products and this approach has formed part of the initiative to address dietary deficiencies in Europe and the USA.

Fibre is an important dietary component and a diet rich in fibre is key contributor to maintaining a healthy gut. However, according to the latest UK National Diet and Nutrition Survey (NDNS) report, UK fibre intake was below the government recommendations for all older age/sex groups, with only 9% of adults meeting the recommended amount of fibre. In addition, according to Food Standards Scotland, the average daily intake of fibre per person in Scotland is 15.6g, which is half the recommended amount.

Consequently, SEFARI researchers are investigating if broad bean hulls (an agricultural and food co-product) could contribute to dietary solutions. Broad beans (Vicia faba) is a legume produced in large quantities in UK, with 740,000 tonnes of the dried (fava) beans being harvested each year on around 170,000 hectares - making the UK the largest producer of broad beans in Europe. The processing of broad beans generates significant quantities of hulls (the outer bean covering) accounting for approx.14% of seed weight, which is largely discarded but the hull has a promising nutritional profile with a high fibre content (49%).

Scottish Government funded research, at the Rowett Institute, is assessing the broad bean hull as a potential source of dietary fibre. The work is seeking to improve the sustainability of Scottish food production (through valorisation and reducing agricultural by-products) while helping to meet the recommended dietary allowances (RDAs) by delivering macronutrient biodiversity.

The initial work has focussed on delivering a bean hull fortified food by the incorporation of the milled hull into wheat bread. The broad bean hulls were used to replace up to 21% of the wheat flour in the bread without significantly impacting on bread taste, texture and volume. The nutritional analysis showed that the bean hull fortified bread (two bread rolls) could contribute to approximately 90% of the daily recommended dietary fibre while delivering important quantities of RDAs for micronutrients. Moreover, the chemical analysis revealed that the hulls are a rich source of bioactive phytochemicals (phenolic acids and flavonoids) with known health benefits, such as protecting the cardiovascular system and having antidiabetic, antiobesity, and anticancer effects.