Can you prevent a cowtastrophy?

Can you prevent a cowtastrophy? 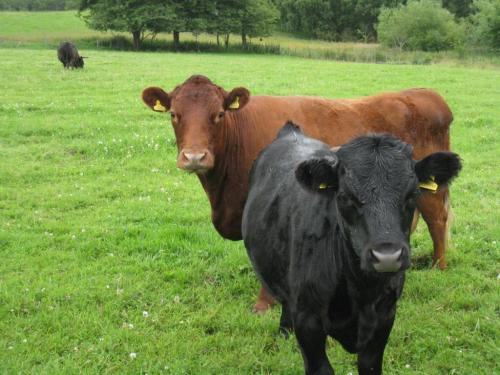 The 2001 outbreak of Foot and Mouth Disease in the United Kingdom led to the culling of over six million animals and cost an estimated £8bn. The outbreak had a huge impact on rural communities.  In this blog, a team of researchers from across SEFARI outline how they have developed an app to illustrate the dilemmas faced in controlling livestock disease outbreaks including some of the key concepts which influence disease control policies.

Policies implemented in order to control Foot and Mouth Disease, such as large-scale culling of healthy animals, were often controversial. Other infections have the potential to cause similar problems.  For example, African swine fever, a contagious disease of pigs, has been spreading in Eastern Europe, and has recently been identified in Belgium.  Outbreaks of livestock disease can lead to significant economic, welfare and social costs. The control policies required to reduce disease spread can have impacts of their own, meaning they can often be contentious.

Many infectious diseases pose a risk to livestock in Scotland. A question of great importance to government policy makers is to identify what can be done to limit the negative impact of an outbreak of disease in livestock.

The Scottish Government has policies in place that aim to control disease spread, given available resources and other constraints. Given the impact that these policies can have, it is important that stakeholders such as farmers, hauliers and the general public understand the rationale behind their design.  These policies are informed by research within the Scottish Government’s Strategic Research Programme and also by research carried out by EPIC, the Scottish Government’s Centre of Expertise on Animal Disease Outbreaks.  This work can be relatively technical, drawing on advanced mathematical, statistical and epidemiological concepts, which creates a potential barrier to wider understanding.  A particular issue is that much research on disease control uses mathematical models, which are typically implemented as computer programs.  These models are valuable resources – experience has shown that they are a useful way of drawing together a wide range of relevant disease knowledge from different sources into a single tool, which can then be used to predict, albeit imperfectly, the efficacy of any potential disease control options.  However, they can be difficult to explain clearly to a non-technical audience.

Mathematicians and epidemiologists from Biomathematics Statistics Scotland (BioSS), Scotland's Rural College (SRUC) and the Moredun Research Institute successfully applied for funding from the SEFARI Gateway Responsive Opportunity Fund to develop an easy to use software app.  Our aim was to communicate some of the key concepts which influence disease control policies and to illustrate the dilemmas faced in controlling livestock disease outbreaks... all without the need for our audience to become mathematicians or software engineers!

The app - Cowtastrophy - starts by setting up a disease scenario.  You are the Chief Veterinary Officer on an imaginary island.  A fast spreading disease is affecting cattle on the island.  It is your job to control the disease using the available options: livestock movement restrictions, vaccination or culling.  As the disease spreads, you are free to implement any combination of control measures.  What can you do to reduce the size of the outbreak – and the associated costs – to a minimum and thereby prevent a Cowtastrophy?   Although the app has some game-like aspects, it has been designed as an educational tool for the general public.  The model is sufficiently complex that many learning opportunities are possible.  We hope that it will help the public obtain more insight into questions such as: Why are movement restrictions so important? Why might animals be culled on a farm before disease has even been confirmed? What effect does vaccination have on the rate of disease spread?

The web app was demonstrated at the Science and the Parliament event at Dynamic Earth, Edinburgh, in November 2018.  We also hope to deploy the app at a number of public events over the course of 2019 including the Royal Highland Show.  We primarily see the app as a demonstration tool to support knowledge exchange at public events. However, we also intend to make the app publicly available in the near future – watch this space!