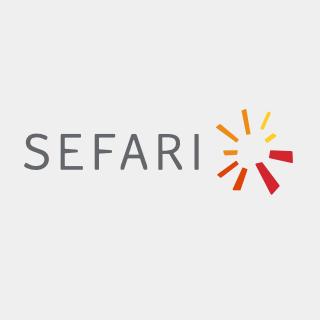 World Environment Day, on 5 June 2017, is designated as “the United Nations’ most important day for encouraging worldwide awareness and action for the protection of our environment”. The theme for 2017 is connecting people to nature, and the UN is urging individuals to do something to take care of the Earth, or become an agent of change.

This year, World Environment Day falls at a time when the mood around climate change has changed somewhat, particularly following the decision of President Donald Trump to seek to withdraw the United States of America from the Paris Agreement on climate change (which the USA has already ratified).

Following the announcement on 1 June 2017, the “readout” of conversations President Trump held with Chancellor Angela Merkel of Germany, President Emmanuel Macron of France, Prime Minister Justin Trudeau of Canada, and Prime Minister Theresa May of the United Kingdom reported that President Trump: “reiterated that the United States under the Trump Administration, will be the cleanest and most environmentally friendly country on Earth”.

In his speech, President Trump said: “Staying in the agreement could also pose serious obstacles for the United States as we begin the process of unlocking the restrictions on America’s abundant energy reserves, which we have started very strongly.  It would once have been unthinkable that an international agreement could prevent the United States from conducting its own domestic economic affairs, but this is the new reality we face if we do not leave the agreement or if we do not negotiate a far better deal”.

The final few words are interesting, and generate the question - on what research and scientific basis will such negotiations and decisions be carried through? Significant reference was made in the speech to analysis carried out by National Economic Research Associates (NERA). There was no reference to a specific document in the speech but the most recent work published by NERA on greenhouse gas emissions was commissioned by the American Council for Capital Formulation. The small print of that work states the study “[…] does not take into account potential benefits from avoided emissions”. The US Environmental Protection Agency gives an illuminating perspective, with a snapshot from its climate change website showing content is being updated:

In Scotland, the commitment to tackling climate change is now long-standing, but it is also recognised that as the easier actions are taken to reduce greenhouse gas emissions, so decisions required to meet our statutory targets start to become more complex. This is where science and research can play an increasingly important role. Researchers in SEFARI (Scottish Environment, Food and Agriculture Research Institutes) work on climate change issues every day. This includes work on reducing greenhouse gas emissions, and on adapting to the changing climate, and sees delivery directly to policy makers in Scotland, often through partnership with colleagues in ClimateXChange, Scotland’s Centre of Expertise on Climate. Examples include:

The SEFARI research being carried out on the topics above (and many more) is more important than it has ever been, and the challenge is to make sure it gets to the right places, at the right times, and in the right format, to best inform those who make the important decisions. As we strive to achieve that goal, try to take a step back from the maelstrom of politics taking place this week – at a global and national level – and take some time to enjoy your own local environment! Take a deep breath…