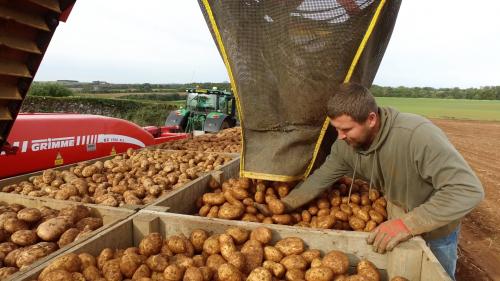 The Centre for Sustainable Cropping (CSC) is a long-term experimental platform established to integrate all aspects of sustainability research on arable ecosystems. The CSC allows us to study crop management at a more integrated and system wide level and compare this to conventional crop husbandry practices. We have been using the CSC platform to study the impact of sustainable soil management practices on soil-borne pathogens. Here, we focus on the detection, quantification and impact of Rhizotonia solani: specifically, the sub-group known as R. solani AG3. Rhizoctonia solani AG3 is a saprophytic fungus which causes disease on potato. We have evaluated the impact of management systems on this pathogen, and the diseases it causes, across a 6-year rotation by quantifying pathogen levels in soil and on seed and relating this to disease.

Future food production worldwide will rely on the development of more sustainable use of resources and conservation of farmland biodiversity. High-value crops grown in Scotland, like potatoes, are susceptible to damage caused by a wide range of endemic diseases. In the future, these crops are likely to face additional disease challenges from new pests and pathogens.

The Centre for Sustainable Cropping (CSC) platform was set up to research integrated and conventional management practices on agricultural ecosystems. The CSC is based on a whole-systems framework for testing cropping systems to optimize the balance between crop yield and product quality on one hand, with biodiversity and ecosystem services on the other (i.e. attempting to assess the balance between economic and environmental demands).

In 2011, a 6-field rotation was established to compare conventional with integrated management practices. Key differences between the two management systems include: 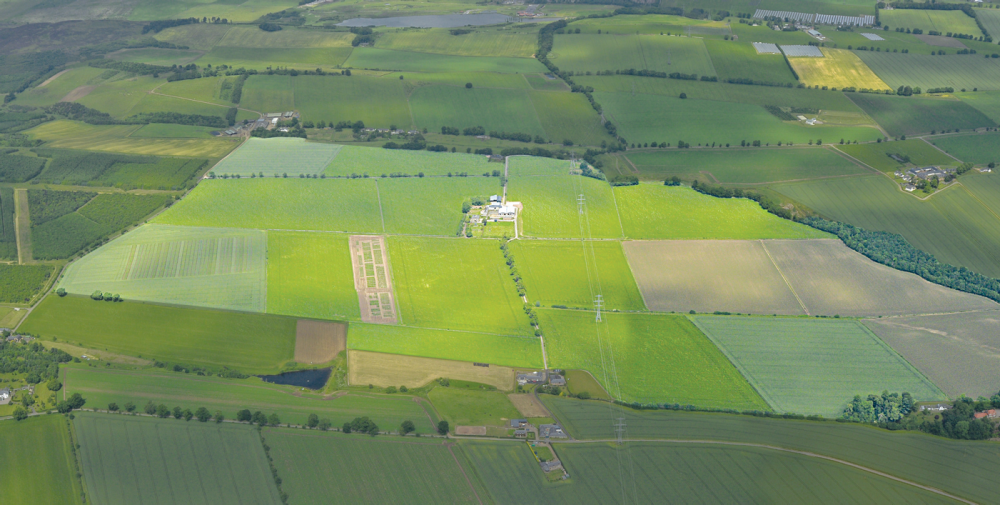 An ariel view of the Centre for Sustainable Cropping and the 6-field rotation established to compare conventional with integrated management practices.

Soil-borne pathogens are influenced directly by soil management practices. For example, the incorporation of organic matter (OM) into field soil can both increase and decrease the severity of disease caused by soil-borne pathogenic fungi under different circumstances. This variation was reportedly due to differences in the composition of the OM, which may possess antagonistic properties and thus suppress disease or provide a substrate for increased pathogen growth. The extent of soil disruption through cultivation practices may also influence the composition of the microbiota with effects on soil-borne pathogens and the extent of disease they cause.

The CSC platform provides a system whereby, once a soil-borne pathogen is introduced into the soil, the influence of soil management practices on the persistence and subsequent levels of pathogen can be evaluated through a cropping rotation.

Since the establishment of the CSC rotation in 2011, we have monitored the amount of R. solani AG3 soil inoculum and the disease on harvested tubers. This work showed that initially, increased levels of disease caused by R. solani AG3 were seen on tubers grown under the integrated management regime with increased soil organic matter. A one-year field trial confirmed that adding organic matter to field soil did increase disease severity caused by R. solani.  However, continued monitoring of the CSC revealed that in later years there was no effect on disease in the integrated and conventionally managed soils. Furthermore, when potatoes were grown in a glasshouse trial in soils, which had been managed under these two regimes for 8 years, significantly less disease caused by R. solani AG3 was seen in the soil under integrated management compared to conventional management. This is an indicator that over the years changes to the abiotic (soil organic matter) and biotic (soil microbiota) composition of the soil may have resulted in a degree of disease suppression.

Understanding the complex relationship between pathogens, soil health and plant health, and how this affects crop disease, is fundamental to establishing effective IPM strategies. IPM is a sustainable approach to managing pests and disease by combining biological, cultural and chemical tools in a way that minimises economic, environmental and health risks. The work highlighted here was part of a study utilising the CSC platform to investigate the introduction (on seed) and persistence of several potato pathogens through a rotation and the impact on disease. It demonstrates how long-term monitoring utilizing a unique experimental platform like the CSC, has enabled us to study and measure the benefits of sustainable land management on the control of crop disease. We intend to use this platform to further investigate the development of suppressive soils associated with integrated management practices, and integrating any useful properties into IPM toolboxes that can be used by farmers.