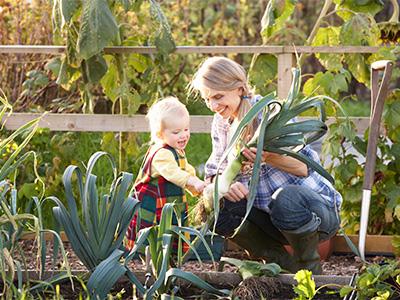 Scotland is renowned internationally for producing high quality food and drink. Much of this is exported, providing important revenue for the Scottish economy. However, the promotion of internal trade in food and drink is also important as it can help money to circulate locally and, given that most food industry employment is located in rural areas, can contribute to thriving rural economies. Moreover, greater access to and supply of locally produced food could encourage increased consumption of fresh and more environmentally sound food. Thus, an increased emphasis on local food could help to achieve the Scottish Government’s vision that by 2025 Scotland will be “a Good Food Nation, where people from every walk of life take pride and pleasure in, and benefit from, the food they produce, buy, cook, serve, and eat each day” (https://www.gov.scot/policies/food-and-drink/good-food-nation/).

However, relatively little is known about how Scotland’s food and drink enterprises work together, whether and how they form short food & drink supply networks and promote local and/or geographically-branded foods, or about how these activities are related to other business characteristics, such as pro-environmental behaviour. This research deliverable will collect and analyse data that will improve our knowledge in these areas and, in doing so, help to inform policy towards Scotland’s food and drink sectors.

This research has three main aims. Firstly, it seeks to build a better understanding of the characteristics of small and medium sized food and drink enterprises in Scotland. To fulfil this it will conduct a large-scale representative survey of Scottish food and drink enterprises. The other aims will build on this survey, in the context of feedback from project stakeholders. The second aim is to build a better understanding of the characteristics and development of short food and drink supply networks in Scotland by conducting in-depth research with food and drink producers. The third aim is to co-construct, with stakeholders, proposals for policy mechanisms to support food sovereignty, and short food and drink supply networks that are built on, and can enhance, trust and sustainability.

Further cleaning and analysis were conducted on the data gathered by the representative survey of food and drink enterprises in Scotland conducted in programme year 3. Preliminary findings were reported at the annual conference of the British Sociological Association in April 2019 and summary findings were reported to project stakeholders at a meeting of the Steering Group in August 2019.

In discussions with the Steering Group and other stakeholders it became clear that two of the research aims for programme years 4 and 5 required revision. This is because the proposed research, which had been designed when tendering for the Strategic Research Programme in 2015, would no longer produce findings that stakeholders considered useful. In consequence, the later stages of the research have been redesigned, in consultation with stakeholders, and will be undertaken in programme years 5 and 6.

These revisions provided an opportunity to investigate, through a SEFARI Fellowship with Highlands and Islands Enterprise, the potential for food and drink enterprises in Scotland’s Highlands and Islands to engage with the proposed Arctic Foods Innovation Cluster. This has created an opportunity to design further research into local foods and the generation of ‘place-based’ value through food and drink in a way that complements existing work in this research deliverable and enables it to engage with Scotland’s Arctic Policy Framework. This work will continue to be developed with Highlands and Islands Enterprise and, subject to approval, will be undertaken in programme years 5 and 6.

A representative survey of 6,000 small and medium-sized food and drink enterprises in Scotland, stratified by location and standard outputs (for agricultural holdings) or turnover (other food and drink enterprises), was administered using the questionnaire developed in year two. Due to restrictions on the availability of e-mail addresses, the survey was administered by post as well as being hosted on the internet.

The survey response rate was poor (less than four per cent). After consultation it was decided that, in order to improve the statistical power of the survey’s findings, a second representative sample of medium-sized food and drink enterprises in Scotland would be required. Further negotiations were held with the holders of the databases of enterprise names and addresses and permissions secured to repeat the survey with new samples. Thus, the survey questionnaire was sent to a second non-overlapping representative sample of 6,000 small and medium-sized food and drink enterprises in Scotland, stratified in the same way as before.

Overall, 645 responses were received; a response rate of 5.38 per cent. Questionnaire data was downloaded from the internet server to an electronic database. The data contained in handwritten survey forms returned by post were entered manually into the database and checked for accuracy. The electronic data were then checked for internal consistency.

Data analysis began towards the end of year three. Preliminary results suggested that the survey will yield interesting and significant new insights.

The narrative review of previous research into ‘alternative’ food enterprises and short food and drink supply networks was revised after feedback from the Steering Group and then finalised. Work started on developing the review for submission to a peer-reviewed journal.

The primary focus of work this year was the further development and finalisation of the large-scale survey of small and medium-sized food and drink enterprises in Scotland. The survey questionnaire, which will provide baseline data on ‘alternative’ food enterprises and short food and drink supply networks, was drawn up and revised in response to feedback from the Steering Group. The questionnaire was then subjected to cognitive testing (piloting) and finalised.

The sampling frame for the survey was developed and finalised. It consisted of food and drink enterprises, as identified by their Integrated Administration and Control System registration (for agricultural holdings) or their Standard Industrial Classification (other food and drink enterprises). Negotiations with official repositories of population-scale databases of enterprises of both types were undertaken and successful applications to make use of them were made.

The aims of this deliverable necessitated the co-construction of the research agenda. An early priority, therefore, was the formation of a Steering Group to inform and scrutinise the research. The Steering Group was convened to discuss the concepts and issues that should inform the first two phases of the research: a structured review of previous work in the field; and a large-scale survey of small and medium-sized food and drink enterprises in Scotland.

Recent research into ‘alternative’ food enterprises and short food and drink supply networks was subject to a narrative review. Preliminary findings from this review were presented to and discussed with the Steering Group.

That review, and the Steering Group's responses to it, informed the design of the second phase of the research: the large-scale survey of small and medium-sized food and drink enterprises in Scotland. Work commenced on the design of the survey questionnaire. A draft sampling frame was developed and bodies holding appropriate lists of the names and addresses of target participants were identified and approached.

Preliminary findings from a survey of food and drink enterprises in Scotland’. Paper presented at the Annual Conference of the British Sociological Association.

Report Food and Drink Innovation and Clustering in Scotland’s Highlands and Islands: review of opportunities for engagement with the Arctic Region 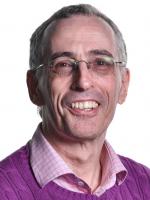 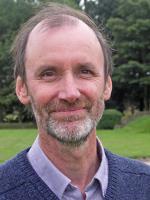 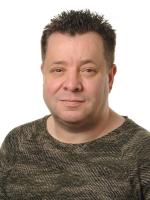