Embedded within the overall theme of livestock production, health, welfare and disease control, is the science of epidemiology: the study of the occurrence of diseases within populations and ultimately seeks to provide better ways to preventing or control target diseases.The skills and resources to gather and analyse large data sets from a variety of sources provides us with the means to understand the epidemiology of given diseases. In this programme of research we use these skills to help with identification of threats, rapid disease detection, adoption of strategies to minimise the risk of infection, application of measures to prevent spread and these are adopted to a contribute to sustainable livestock systems and to explore potential threats to public health.

The ever-increasing global focus on our use of antimicrobials (AMU) in livestock systems and associated antimicrobial resistance (AMR) with the implications for human health, also fall within the remit of Research Deliverable 2.2.6. (RD 2.2.6). In addition to exploring behaviours in relation to AMU reasons for reluctance or failure by livestock producers to adopt alternative and recommended strategies for disease control are wide ranging.The work within RD 2.2.6 therefore recognises the need to better understand these socio/economic factors and seeks to identify pathways to break these barriers down.

To advance our knowledge of how to improve disease control strategies through epidemiological and socio-economic approaches.  This includes research into the spread of important, targeted, endemic pathogens and antimicrobial resistance (AMR) via livestock and the environment including transmission of such pathogens to humans.

In order to achieve this, we will more specifically:

In addition, we will improve understanding of antimicrobial resistance and finally put recently developed, novel diagnostic tools to use in the spheres of identifying abundance of pathogen populations and provide methods to help treat internal parasites (worms) in lambs.

Our four Scottish partner Institutes worked with a wide range of collaborating scientists, including the EPIC Centre of Expertise and International collaborators from the EFSA funded STOC-FREE consortium, to improve measurement and control of animal diseases. This included epidemiological investigations into major emerging disease that might transmit from animals to humans. We developed approaches to specifically analyse existing, large data sets to help improve knowledge of the threat of disease incursion; to aid the rapid detection of endemic livestock diseases and we improved understanding of antimicrobial resistance in livestock. To achieve all this our research deliverable orchestrated an unusually wide range of science disciplines, both qualitative and quantitative as it must to provide practical impact. Despite the extension of the Covid19 pandemic the work has generally progressed well. The extension into year 2021-22 has provided the opportunity to complete field studies precluded in the previous year. The additional time allowed much of the research output to be reported to stakeholders to help protect human health and assist livestock keepers maintain Scotland’s deserved reputation for production of high quality, safe and environmentally sound products.

This Research Deliverable combines the expertise of four partner Institutes working with a wide range of partners including the EPIC Centre of Expertise and International collaborators from the EFSA funded STOC-FREE consortium. The overall focus is on measuring and controlling animal diseases and epidemiological type investigations into major zoonotic pathogen risks plus antimicrobial resistance. The work orchestrates an unusually wide range of science disciplines, both qualitative and quantitative as it must to provide practical impact. Despite the Covid19 pandemic the work has generally progressed well. Field studies not completed by early 2020 have indeed been impeded but extension into year 2021-22 has provided the opportunity to complete these projects. Much of this research is in the process of being reported now to our stakeholders to help livestock keepers maintain Scotland’s deserved reputation for production of high quality, safe and environmentally sound products.

This Research Deliverable (RD) explores many facets of “Animal Disease Epidemiology” and demonstrates the wide ranging combined applied research capability within the Research Institutes collaborating on this RD. We are investigating the epidemiology of many important livestock endemic and epidemic diseases including external parasites (sheep scab) viral diseases (BVD, AI, ASF), bacterial infections (VTEC), and internal parasites (cryptosporidia, liver fluke). Beyond the specific diseases, research into new approaches and methodologies - such as the development of new tools (statistical models) to help measure and control animal diseases - are embraced within this important RD. Many of the diseases under exploration are considered zoonotic pathogens: cryptosporidia, salmonella, VTEC, plus antimicrobial resistance. The research involves four collaborating Scottish Institutes with some further Scottish level and European level interaction with for example, partners in the European Food Standard Agency funded STOC-FREE project and the EPIC Centre of Expertise on Disease Outbreaks. This Research Deliverable is now focussed in the fourth year, on delivery of applied outputs (including policy briefs and refereed journal publications plus the provision of: new methods; new vaccines and new tests) to help livestock stakeholders maintain Scotland’s deserved reputation for the production of high quality, safe and environmentally sound products.

The progress for the research undertaken on the Research Deliverable is wide ranging, involving disease threats to cattle, sheep and pigs as well as to humans, so to ease comprehension the strands are presented together as follows:

Zoonotic diseases (infectious diseases that can be transmitted between animals and humans and vice versa) includes research into verocytotoxigenic E. coli (VTEC) and cryptosporidium.  We have explored the genetic basis as to why some VTEC isolates are more successful at surviving and persisting in the environment.  Genetically divergent E. coli isolates were identified, so providing evidence of an extensive E.coli gene pool.  Research into the parasite Cryptosporidium parvum suggested that adult cattle might not be a major source of transmission of to their calves as was previously believed.

Antimicrobial resistance (AMR) in livestock is seen as a potential hazard to human health. On a positive note, AMR levels in bacteria from clinical cases of mastitis in sheep were found to be low.  The geographic picture of AMR created from analysis of soil samples collected from across Scotland (Yrs 1 and 2) was overlaid with soil metadata and land management providing a reflection of the impact of agricultural practices on resistance.  Research into methods that quantify the variation of AMR at different levels, for example animal compared to farm, were shown to help identify likely causes of AMR.  In addition, a comparison of different methods used to test for AMR were extended to samples from different species and confirmed that there are differences in prevalence between host species.

Exploring ways to control diseases currently found/present in Scottish livestock, endemic diseases, focussed on viral and parasitic diseases of both cattle and sheep.  The researchers help support the government’s strategy to eradicate bovine viral diarrhoea virus (BVD) from our cattle herd.  Spatial cluster models developed to inform detection of the source of BVD virus in positive herds towards the end of the eradication scheme have been accepted for publication.  The Scottish BVD eradication scheme has been used as an exemplar to help develop a Europe-wide framework to assist in providing confidence for disease-free cattle trading between certain countries and funding is matched to work in this RD.  Linked to this work a more general survey targeting vets and farmers to identify barriers to disease control was conducted.

Research into endemic parasitic diseases of sheep included analyses of data from the sheep scab transmission study trials previously reported with a model on the transmission dynamics constructed to allow novel interventions to be tested.  Samples from lambs infected with gastrointestinal nematode worms were separated for a “high” or “low” wormer need (to deal with a specific worm challenges) and the results were analysed and compared. Liver fluke are an increasing problem so the application of methods developed in this RD, associated with the stages to target in the liver fluke life cycle have been presented and discussed with Stakeholders.  Environmental DNA assays were evaluated and shown to hold great promise for environmental applications.

Analysis of research data suggested that sampling for E.coli O157 pre-slaughter is not a reliable indicator of the identification of high contamination of cattle or sheep carcases for human consumption.  Progress was made on distinguishing if environmental verocytotoxigenic E. coli (VTEC) is of a bovine or human source.  The Salmonella model developed in Year 1 was used to identify the most effective intervention to reduce bacterial shedding.  Different methods used to test for antimicrobial AMR in both fresh and stored (cattle) faecal samples produced different results, suggesting freezing and long term storage of samples was of limited value.  Using a range of soil samples collected from across Scotland, a model was developed to explore AMR in the environment.  A ‘Resistant Gene’ atlas for Scotland was created identifying hot spots.  Widespread resistance to Vancomycin detected.

Research into endemic disease provided information to Scottish Government in relation to the distribution of the retention time of BVD positive cattle to assist with the administration of the latter stages of the Scottish BVD eradication scheme.  The team increased the number of environmental sampling techniques to quantify the risk of liver fluke to grazing livestock.  Developed prototype environmental DNA assays for liver fluke and the associated mud snail. Developed methods for extracting and amplifying fluke DNA.  Developed methods to assess the viability of liver fluke cysts in forage.  Other work differentiated Cryptosporidium parvum species from a range of farmed animal sources.  Targeted Selective Treatment (TST) studies demonstrated that anthelmintic support for lambs within a flock to reach similar liveweight gains varied significantly.  By transmission study trials, we increased our understanding of the transmission of Psoroptes ovis – the mite responsible for sheep scab. Methodology developed in Year 1 to model TB control was trialled and it is now possible for analysis to account for individual animals and their life history events.

A very diverse RD deals predominantly with using epidemiological methods to evolve new ways of measuring disease in livestock populations and epidemiological approaches to establishing improved control.  Research was initiated into zoonotic diseases and to establish barriers to farmer and veterinary behaviours that impede better adoption of control strategies.  Initial effort was focussed on developing epidemiological tools to control zoonotic diseases, to determine if the presence of E.coli O157 in an animal prior to slaughter can be an indicator of a later risk to human health and to investigate the hypothesis that the environmental persistence of E.coli is dependent upon a specific set of gene.  In addition, developing verified Cryptosporidium parvum DNA based control material for use in diagnostic tests and adapting a within-herd Salmonella transmission model for use under Scottish pig production systems.  Steps were taken to identify the prevalence of antimicrobial resistance in samples from Scottish cattle populations.

In relation to endemic livestock disease, information was provided to Scottish Government to assist with the development of the Scottish bovine viral diarrhoea (BVD) eradication scheme.  Different methods to determine liver fluke risk were evaluated including a method of testing environmental samples for liver fluke infection on pastures.  Big data approaches were used to describe Scottish sheep movement relating to the slaughter population and acknowledging that diagnostic test results for TB do not take historical or movement data into account, outbreak data was used to develop a model that gives better estimates for disease transmission.

Much of the word from RD 2.2.6 will now be progressed and continued within the next Strategic Programme (2022-2027). Areas such as antimicrobial resistance and usage will be researched within defined Topics within specific Research Questions along with elements of farmer behaviors; zoonotic disease (involving ticks and fluke) and food hygiene. 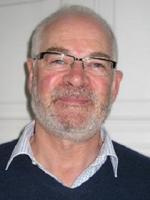 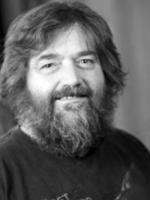 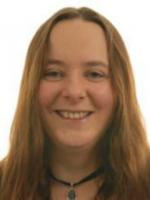 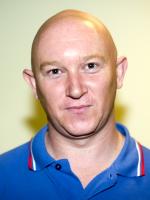 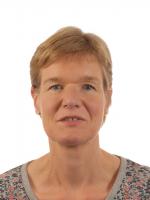 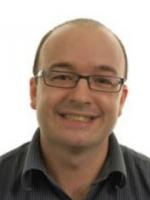 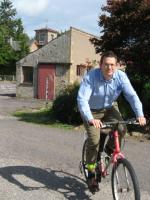 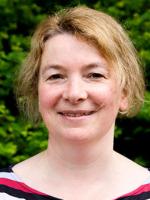 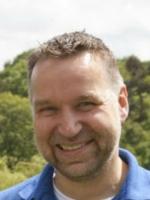 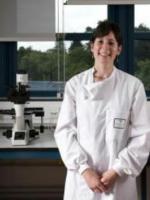 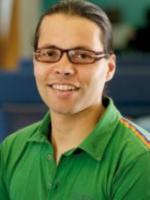 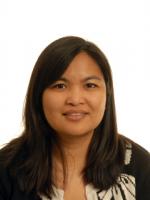 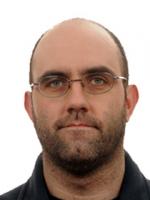 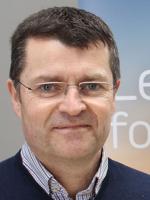