Nematodirus battus: Is it likely to spiral out of control? 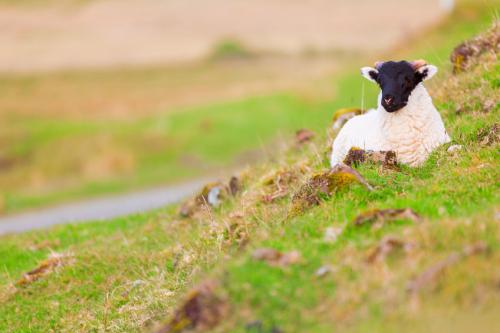 Farming practices are evolving in response to intensification, diversification and climate change. As farm management has changed, pathogens of livestock have also adapted to optimise their reproduction and transmission opportunities. Our work, supported by Animal and Horticultural Development Board (AHDB), has focused on the control and biology of the economically important roundworm Nematodirus battus; a gut roundworm which annually threatens the health and welfare of young lambs across the UK. Our research has explored how Nematodirus behaves on commercial sheep farms. We have mapped the emergence of resistance to the chemical most commonly used in the control and treatment of this roundworm; investigating the factors involved in the parasite’s egg hatching (important for disease transmission and thought to be one factor involved in the changing disease pattern seen in the UK) and explored how farm management practices might influence this roundworm’s behaviour, all in an attempt to learn how to control the roundworm more effectively.

Grazing lambs are commonly affected by a number of different parasitic roundworms that live in their stomach and intestines, one of these roundworms is Nematodirus battus.  Nematodirus infections can cause acute diarrhoea and dehydration in lambs, resulting in poor growth rates and mortalities each year. Nematodirus is typically a spring infection in young lambs and this is still when the majority of acute disease is observed, following the mass-hatching of eggs on pasture.

Nematodirus eggs typically overwinter on pasture where they receive a ‘chill stimulus’ (i.e. exposure to low temperatures for at least four weeks), believed to be an essential part of egg development for this parasite and perhaps a relic of the arctic origin of the species. However, recently, the infection pattern of this worm appears to be changing and reports of autumn infection in older animals are increasing (summarised in the cartoon below). Changes in climate and parasite behaviour are factors that are believed to have led to this second hatching event in autumn on some farms. 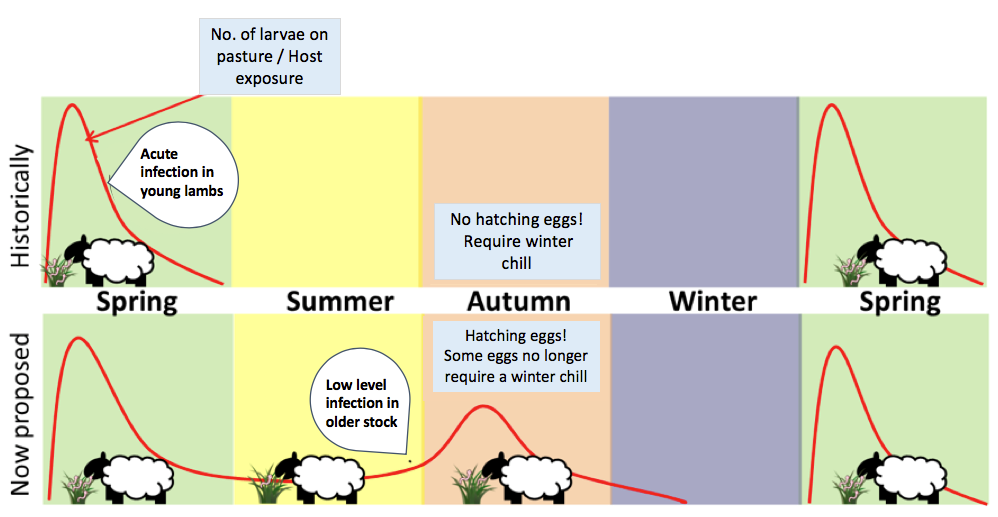 Control of Nematodirus infections is heavily reliant on the use of chemicals (anthelmintics) called the benzimidazoles (white drenches). Resistance against the white drenches (1-BZ) emerged quickly in other roundworm species, and is now at a high level throughout the UK. Despite repeated use of these drugs for almost 60 years resistance has only recently emerged in Nematodirus, without an obvious explanation for the delay.

SEFARI scientists have used applied parasitology techniques, questionnaires, statistical models and cutting edge molecular techniques to investigate the changes in the incidence of disease and treatment success observed over recent years in Nematodirus from commercial farms in the UK in order to assist in the development of sustainable control strategies.

Our results showed that on some farms, all Nematodirus eggs still required a ‘chill’ in order to hatch but, on others, the need for chilling was mixed, with up to 87% of Nematodirus eggs able to hatch without prior chilling. This means that a large number of eggs may hatch at different times of the year. This was also evident from our survey where half of farmers said they observed clinical signs associated with Nematodirus infection outside spring, with 15% in autumn, 3% in winter and the remaining 32% in summer. The main genetic mutation associated with resistance to white drenches (F200Y), was identified on 27% of the farms tested. The mutation was found to be at a low level in the majority of cases but there were some farms where resistance was at a high level. On average 2% of the Nematodirus worms examined carried the mutation. The results suggest that white drench resistance is at a very early stage in Nematodirus in the UK. The finding of the genetic mutations associated with resistance on around a third of the farms means that this figure could increase in the future; however, these drugs will still be effective against Nematodirus in spring on the majority of farms.

The key to effective and sustainable Nematodirus control (and that of other parasites and pathogens) is knowledge e.g. an understanding of infection epidemiology, the diagnostic tools available to monitor the parasite and the drugs and alternative control measures which are likely to be effective.

The results of our study indicated that the epidemiology of Nematodirus may be variable on some farms. Although changing seasonality may make it more difficult to predict when infection will occur, there could be a hidden positive. The typical acute spring disease occurs in response to the ingestion of massive numbers of larvae that emerge on pasture at the same time. If larval numbers on pasture are more evenly distributed throughout the year then infections are less likely to cause losses and result in milder clinical signs. For the moment, acute lamb infections in spring remain an important transmission route for the parasite.

Online risk maps forecast the timing of Nematodirus egg hatching, using regional UK Met Office weather data. This tool is currently used by around a third of sheep farmers to help them remain vigilant to the threat, according to our survey. The results have also been used to update advice given to the farming community on the control of Nematodirus and could be used in the future to update risk models to ensure predictions are as accurate as possible.

We have been working on developing infographics and cartoons to effectively communicate what can be complex ideas in an easily understandable manner. For example, the graphic below explains the prevalence of white drench resistance in Nematodirus across the UK. It is important to inform the farming community about the emergence of drug resistance so they can be more vigilant and better prepared if future drug failure were to occur, but also to convey the message that white drenches can still be effective on farm at this time for treating Nematodirus. This is important, by continuing to use the white drenches in spring to control Nematodirus, we can protect the effectiveness of the other drug classes for use later in the grazing season to treat other roundworm species known to be resistant already. 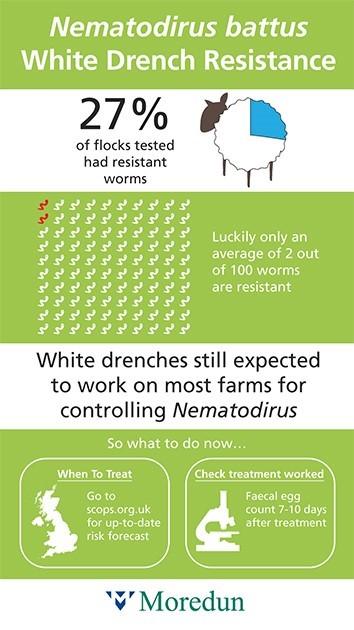