Mycotoxin contamination in cereal products and human exposure from the diet 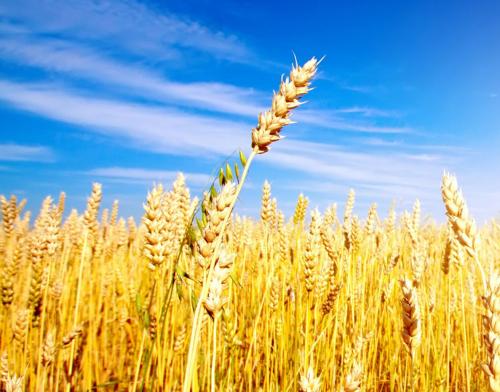 Mycotoxins are unavoidable, natural food contaminants which are produced by fungi growing on agricultural crops. Growth can occur in the field or in storage. Fungal mycotoxin production is a global problem with specific groups of fungi affecting the UK cereal sector.

Our research assesses different aspects of the mycotoxin issue from primary agricultural production to food products and the effects of human exposure. We highlight the importance of mycotoxins across the agriculture, food and drink sector and show how we are working with the industry sectors. Our findings are being utilised by industry as well as by policy makers to ensure the production of safe, high quality food and are important in protecting consumers from high exposure.

More than 300 different mycotoxins have been identified, and some of these compounds are highly potent toxins in animals and humans.

When plants are infected with fungi and mycotoxins, they produce plant-bound metabolites which are also called masked mycotoxins.

Mycotoxins and masked mycotoxins are very stable and survive normal processing which means they are carried over into food products. Consumption of these products in turn results in dietary exposure.

This research programme is focussed on understanding mycotoxin contamination in primary agricultural production and of food products, and in assessment of the subsequent risk of exposure for consumers. The results provide a unique insight into the bound masked mycotoxins, which were previously thought not to be a risk as they are not directly absorbed in the gut.

This research highlighted that consumers are very frequently exposed to mycotoxins through their diet, but usually the level of exposure remains within the safe limits. However, adverse weather conditions and changing climatic conditions may increase the fungal load in crops, which, through incorporation into the food chain, results in higher levels of exposure in humans. It is therefore very important to safeguard the levels of exposure during years of high fungal disease pressure.

In considering mycotoxin contamination we have investigated the fate of mycotoxins and masked mycotoxins within the human gut. In a laboratory study we demonstrated that masked mycotoxins are indeed not able to be absorbed from the gut intact. However, once they come into contact with the human gut microbiota, the free toxins are readily released and are then able to be absorbed. This study was co-funded by the Food Standards Agency and the findings have been utilised by the European Food Safety Authority in their ‘Scientific Opinions’, stating that masked mycotoxins pose an equal risk to human health as free mycotoxins. This Scientific Opinion is driving food safety regulation on a European level to include masked forms of mycotoxins in risk assessments and regulations for mycotoxins in food products to ensure consumer safety.

To raise awareness, a stakeholder workshop was organised by the Rowett Institute and Food Standards Scotland to discuss the potential risks of mycotoxin contamination within Scottish cereal production.

This workshop brought together representatives from along the cereal supply chain and highlighted oat products as an ‘at-risk’ commodity for contamination with potent Fusarium mycotoxins. The meeting highlighted that an introduction of regulatory limits for these compounds may lead to difficulties for the supply chain since testing will be required and potential non-compliance has to be anticipated. As a result of this workshop, a new academic-industry partnership has been developed to address this problem. A project entitled: Investigating the risk of mycotoxin contamination as an emerging issue for Scottish oat production has secured funding from Interface, the knowledge hub for business.

We are working with local primary producers and processors of cereals to improve understanding of fungal infection and mycotoxin contamination of food products. Improved understanding in this area will lead to risk mitigation and sustained high quality products for the market.