Long-term warming of the River Spey

Research coverage on the BBC News 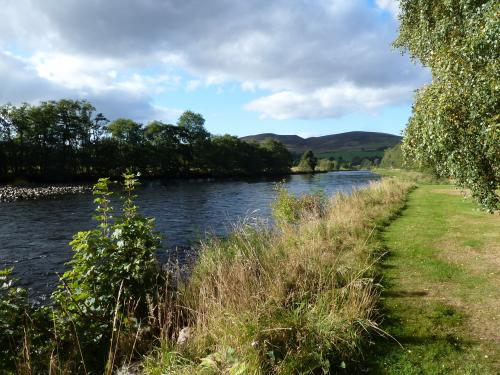 River water temperature influences the habitat, health and survival of salmonids native to Scotland. Sustained high temperatures are of concern for cold water loving brown trout and Atlantic salmon and have wider implications on aquatic ecology. It is well understood that air temperatures have increased over past decades and climate models suggest this trend will continue into the future, thus raising concerns about effects on thermal behaviours of rivers and hence the impact on fish populations.

Our aim was to identify past long-term changes and their drivers, so the results from this unique study can inform land managers and policy makers about the vulnerability of river temperatures to changing climatic conditions and together we can propose options to enhance the resilience of rivers to changing temperatures.

At James Hutton Institute, we transcribed the river temperature data from fishing records. Together with colleagues at SRUC and BioSS we developed statistical and process-based modelling tools to identify the drivers of variability and long-term changes of river temperature.

Our analysis of past changes provides:

Our study has provided the first long-term evidence that rivers are warming in Scotland.  It is important that land managers and policy makers take action to make rivers more resilient to change in the future through the implementation of adaptation measures at catchment scale such as riparian woodland planting, river restoration and controlling abstractions.

The flexible model approach can be applied to other catchments in Scotland and used to inform the strategic direction of catchment management and policy.