Exploring the Genetic Diversity of Barley: Insights for the Future from One of the World’s Oldest Crops

Exploring the Genetic Diversity of Barley: Insights for the Future from One of the World’s Oldest Crops 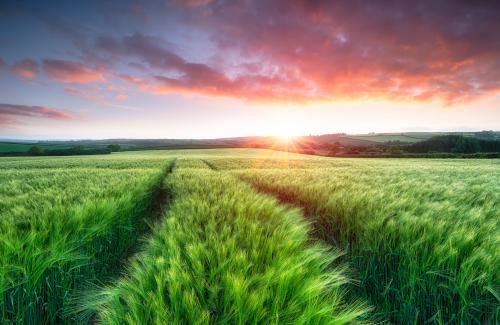 We used the next generation of genomic approaches to sequence the DNA of barley to improve our understanding of this cereal’s wide-ranging adaptiveness. These findings have substantial implications for informing ongoing breading of barley to make it more resilient to future environmental fluctuations caused by climate change.

A major global challenge is growing enough food for an expanding human population with fewer available natural resources, unpredictable environmental changes brought about by climate change and greater competition for land and water.

Barley is one of the most important cereals throughout the world and is a key food source, particularly in regions sensitive to climate change. In the UK, Barley is a key crop for the agricultural sector and malting barley supports the beer and whisky industry worth £20 billion to the UK economy. Lower quality barley grain and by-products from the malting process are a key food source for the meat and dairy industries; while barley straw is a source of nutrition and bedding in the winter for livestock and for frost protection in horticulture.

Barley is one of the oldest and adaptable crops: its natural genetic diversity makes it highly adaptable to different environmental contexts across the globe. With around 40,000 genes, the barley genome is roughly double the size of the human genome, with the majority of it comprised of highly complex repeat structures. Recent advances in genomic approaches have enabled scientists to unravel the genome of barley. Its genome sequence reveals detailed information on the location, structure and function of its genes.

As part of an international team, also involving researchers from Germany and the USA, we are improving our understanding of barley’s genetic diversity in order to inform the breeding of crops in the future that are more resilient to the impacts of climate change.

We used the latest genomic approaches to sequence the gene compliment of 267 geographically matched and curated collections of locally adapted crops and their wild relatives. This analysis showed that the patterns of variation were strongly shaped by geography and environment. By growing the lines together in fields trials we were able to identify significant correlations between days to flowering and height, while variations in seasonal temperature and dryness were also observed, suggesting that these traits were major drivers of environmental adaptation. A further analysis of the known genes associated with flowering showed that many contain extensive sequence variation with patterns exhibiting strong geographical structuring. Although many factors remain unidentified, this variation, therefore, appears to explain barley’s wide-ranging ecological and geographic adaptiveness.

This research could have considerable implications for crop breeders and farmers to improve the selection of barley to better cope against pests and diseases, and adverse environmental fluctuations. Better information on which of Barley’s 40,000 genes are responsible for its adaptiveness may lead to the breeding of crops with greater resilience to a changing environment.