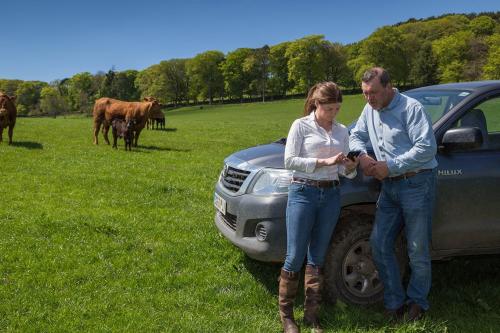 This scoping study explored the extent of the gender pay gap in rural Scotland, how it has changed over recent years, and potential reasons that might explain its extent and fluctuations over time.

The study built on the Scottish Government’s February 2018 report on ‘Understanding the Scottish Rural Economy’, which highlighted that the gender pay gap is highest in absolute terms in remote rural areas, and aimed to explore the reasons for this finding in more detail.

There has been increasing research, policy and media attention on the gender pay gap in the UK and Scotland recently, particularly with the passing of the Equality Act 2010 (Gender Pay Gap Information) Regulations 2017. This introduced a requirement for companies with 250 or more employees to report publicly on the pay levels of their male and female employees.

Previous research (see for example, Close the Gap) on the gender pay gap has highlighted a range of reasons why the gap exists, including horizontal and vertical segregation (i.e. inequality in terms of the distribution of women and men across occupational groups and between sectors in the labour market), women’s tendency to work reduced hours often to accommodate family or caring responsibilities, and discrimination and bias.

The ‘Understanding the Scottish Rural Economy’ report revealed that, in 2016, women in remote rural areas had the lowest annual median pay across Scotland. The largest gender pay gap between men and women in terms of annual median wages (in absolute terms) was in remote rural areas; representing a gender pay gap of 17%. Previous research has revealed particular reasons for the gender pay gap in rural areas, including: more opportunities for highly-qualified, highly paid women in urban areas; more egalitarian attitudes to equal opportunities for men and women in urban areas; more limited employment opportunities in (remote) rural areas; and (linked to that) a greater tendency for women to work part-time.

The purpose of this study was to explore in more detail the gender pay gap in rural Scotland and the reasons for its extent, and why and how it has fluctuated over time.

Data was obtained from the ONS Annual Survey of Hours and Earnings (ASHE) on the hourly (median) earnings of men and women and was analysed using the RESAS classification of rural and urban local authorities (which has four categories: larger cities; urban with substantial rural; mainly rural; and islands and remote rural; more information on this classification is available in ‘Understanding the Scottish Rural Economy’). The gender pay gap was calculated for men and women working full time by place of work (see Figure).

This finding is somewhat in contrast to previous academic research in this area which has tended to find, and then seek to explain, a larger gender pay gap in rural Scotland compared to urban areas.

At a time of increased research, policy and media attention on the gender pay gap in the UK, this study has explored in more detail the extent of the gender pay gap in rural Scotland. It found a contrasting picture to much of the previous research in this area which has tended to find a larger gender pay gap in rural areas compared to urban areas. This suggests that this is an area worthy of further research. Alongside the secondary data analysis work on the extent of the gender pay gap, this study began to explore some of the reasons which might explain the different rural and urban gender pay gap patterns observed (such as the availability of childcare, differences in the number of hours worked by males and females and in the distribution of men and women across occupational groups) but more detailed work is required to understand these, and other potential explanatory factors, in more detail.

The scoping study concludes with a number of suggestions for further work in this area. First, detailed exploration of a range of factors which might be responsible for the rural gender pay gap patterns observed is needed, in order to answer questions such as: is there a positive explanation here that more women are working full-time in well paid jobs in rural areas of Scotland, or is it, more negatively, that women are removing themselves from full time employment (and therefore from our data analysis which only includes full time employees), either by choice or as there are fewer appropriate full time jobs available? Second, exploration of the reasons for the volatility in the gender pay gap observed in islands and remote rural local authorities would be valuable. Is this linked to the fragility of local labour markets where there are limited opportunities? Third, further quantitative work is required to explore the patterns observed at more fine grained geographical scales below the local authority level.

This work informed the Scottish Government’s Gender Pay Gap Action Plan, launched in March 2019, and given this, and the policy importance attached to rural economy issues currently, ongoing analysis of various initiatives to tackle the gender pay gap in rural (and urban) Scotland would be highly policy relevant.