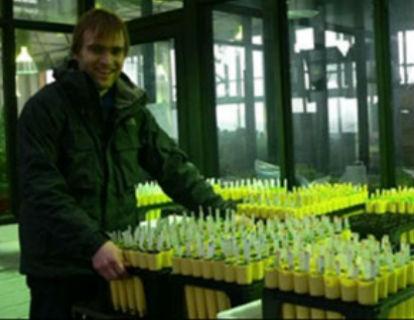 I am working at SRUC as a plant population geneticist on the broadening of the genetic basis of barley (Hordeum vulgare).  This is done in order to deliver sustainable crop outputs in relation to limited nutrient input but also pathogen resistance. I use European landrace and early varieties of barley to screen for traits that can be used in agriculture. Furthermore we have developed multiparental populations to test the effect of adaptation under low input scenarios. Other cereals include work on oats in a project involving the population genetics of small oats (Avena strigosa) from Uist to compare diversity throughout its Scottish and NW European distribution.