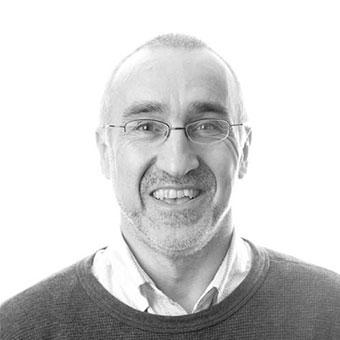 My long term interests focus on the relationship between sequence variation and protein function in relation to livestock disease.  I have studied the immune system of livestock species and genetic variation of pathogens for over 20 years and am interested in the molecular interactions between host and pathogen.

I am a Project Leader in Moredun Research Institute’s Vaccines Pillar and also part of EPIC, the Scottish Centre of Expertise on animal disease. As part of SEFARI and EPIC, I am involved in areas of research aiming to improve livestock production, efficiency and welfare whilst reducing the use of resources that impact on the wider environment.

My work has three main areas of focus. Firstly, I test the potential of ruminant herpes viruses as tools for vaccine delivery (i.e. viral vector vaccines), particularly for difficult to grow or dangerous pathogens.

Secondly, I am mapping variations in the genotype of Bovine Viral Diarrhoea Virus (BVDV) samples from the Scottish Government’s BVDV eradication campaign. This work includes research to improve high throughput genotyping methods -next generation sequencing technologies that are more efficient and less expensive - to advance future disease surveillance and the identification of the sources of disease.

Thirdly, I am using genetic and genomic analysis of immune response genes in sheep to understand whether variation in disease susceptibility or immune response is linked to variation within immune system genes. By targeting the relevant genetic markers that are enriched in more resistant sheep, this work may lead to the development of novel tools to help guide breeding efforts.