Anthelmintic resistance – can we stay ahead of the game?

Anthelmintic resistance – can we stay ahead of the game? 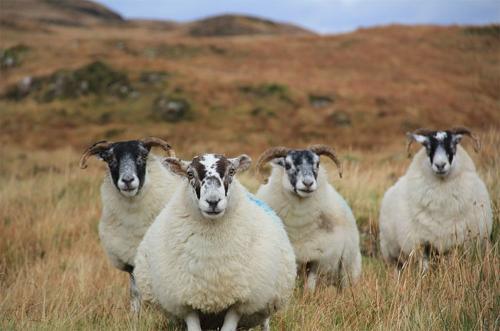 Sustainability and food security are two terms that are commonly used in relation to the UK agricultural sector.  In a changing climate, there is a need to reduce the impact of endemic diseases on livestock health, welfare and productivity. The brown stomach worm, Teladorsagia circumcincta, is the most prevalent livestock roundworm parasite in the UK and has a major economic impact on the sheep industry. This is mainly due to production losses attributed to reduced live-weight gain and costs associated with treating the problem (estimated at £84 million per annum (2005 figures), equivalent to £4.40 extra per lamb to achieve finishing weight).

Monepantel (MPTL) is one of only two new anthelmintic compounds licensed for use in sheep in the last 20 years. Fortunately, little resistance has been detected against this product so far. It is imperative that we develop tools to assess treatment efficacy whilst resistance is at a low level, in order to preserve these new (and older) actives for as long as possible. SEFARI scientists started to investigate MPTL resistance at Moredun Research Institute soon after its release in 2010, in an attempt to get ahead of the game.  An initial study experimentally selected MPTL-resistant populations of T. circumcincta from well-characterised lab isolates[1].  These populations, as well as those from the first confirmed on-farm case of MPTL-resistance in the UK [2], provided a valuable resource for phenotype (observable characteristics) and genotype (genetic makeup) comparisons to try to identify markers associated with resistance.

Genetic Analyses:  We evaluated genetic differences in MPTL-resistant worms and reported, for the first time, the target gene for MPTL in T. circumcincta (Tci-mptl-1)[3].  Numerous mutations were highlighted in the Tci-mptl-1 gene of MPTL-resistant worms that result in defective versions of the gene (either through shortening of genes or modification of drug binding sites). The Tci-mptl-1 gene appears to be under ‘purifying selection’ (the removal of versions of the genes that are not optimal or that reduce the individual worm’s fitness) when treated with MPTL, thus implicating this gene in the development of MPTL resistance.

Phenotypic Evaluation: Alongside the genotypic evaluation, we compared the measurable physical traits in MPTL-susceptible and -resistant worms to assess the possibility that MPTL-resistant worms may gain a competitive advantage over susceptible worms during infection. Increases in traits such as the body length of adult female worms and fecundity (cumulative egg output) were observed in resistant worms when compared to susceptible ones. Quicker establishment rates, decreased time taken to reach maturity, and variations in vulvar morphology, were also observed in the resistant worms.

We have worked with colleagues at Scotland’s Rural College (SRUC) to gauge farmer/vet understanding and uptake of ‘best practice’ methods and messaging associated with the use of these new anthelmintics.  Practical workshops were held in conjunction with discussion groups to convey both the theoretical and applied aspects of the project. The workshops were attended by farmers, veterinarians, animal scientists, suitably qualified persons (SQPs) and other appropriate interested parties.

In summary, our research has been able to identify the genetic mechanism for worms developing MPTL-resistance and characterised the physical traits of resistance in worms. In order to stay ahead of the game, it is paramount that there is effective dissemination of key findings to the stakeholder.

The next stage of the project will investigate the prevalence of genetic markers of MPTL-resistance in UK field isolates of T. circumcincta. The information gained will be used to confirm whether genetic changes associated with MPLT-resistance in the laboratory populations, with artificially selected MPTL-resistance, are representative of what is occurring in the field.  In the race against anthelmintic resistance, being faster to detect and record its prevalence, as well as having a fuller understanding of the effectiveness of our treatment strategies, will allow us to be ahead of the game and maintain our goal of slowing the development and spreading of anthelmintic resistance.