Barking up the right tree

Barking up the right tree 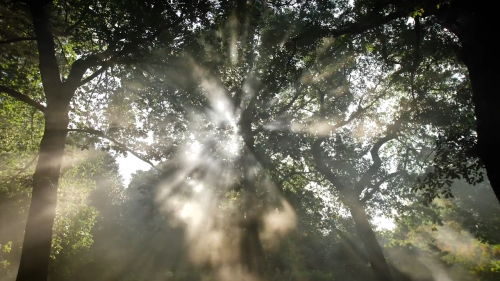 In light of both climate change and the COVID-19 pandemic, the question of food security is increasingly important. Changes in rainfall and temperature, caused by climate change, will affect crop harvests and this could impact upon the availability and price of food.  While the pandemic is also affecting the food system and this will include both the production and transportation of imported food from agricultural-producing countries. In this blog, we discuss plans that have these global issues in mind which could involve utilising tree waste for the benefit of human digestive health.

Around half of the food we consume in the UK is imported, with 30% from the European Union and the rest from countries all over the World. Aside from the risks of food supply disruption, the developing countries we import from are already suffering the environmental impacts from food production including increased greenhouse gas emissions. Consequently, it is vital we consider the sustainability of our food system and transition to a more circular economy where waste material is recycled or repurposed to produce goods in a sustainable manner. A circular economy could create new jobs and our dependency on importing raw materials should be reduced, which will also help to conserve the environment.

The depletion of forests has a big impact upon our ability to mitigate the effects of climate change, trees and vegetation are efficient at utilising carbon dioxide and removing it from our atmosphere. In Scotland, it has been reported that an estimated 12 million tonnes of carbon dioxide was captured by forests and woodlands in 2016. The Scotland’s Forestry Strategy 2019-2029 endeavours to regenerate depleted forests as well as create thousands of hectares of new native forests per year. However, with production can also come waste, and it has been reported that 11 million tonnes of waste are generated every year from the pulp and paper making industry alone.

Are there ways to transform this waste into valuable products?

Hydrocolloids, commonly referred to as gums in the food industry, include water-soluble mannans such as galactomannan from guar and carob or locust bean. Hydrocolloids are used to thicken or stabilise food products such as sauces and ice cream as well as give a low-fat food texture by mimicking the mouthfeel of fats.  For an idea of how extensively guar and locust bean gums are used in the food industry, reports from the European Food Safety Authority show that 4.5% of food products available to consumers had these gums listed on their labels. The UK relies heavily on the import of gums which are sourced mainly from India, Pakistan, Spain and Morocco. Other than the cost of importing these raw materials there may be fluctuations in supply due to adverse weather conditions resulting in poor harvests.

Softwood trees like spruce are abundant in galacto-glucomannans, which are structurally similar to guar and locust bean gums. This had led to discussions that waste from forests could potentially provide a local source of gums. This could enable us to become more self-reliant, make food production practices more sustainable and gives waste products from the forestry sector a new lease of life – ultimately pushing us towards a more circular economy.

Could galacto-glucomannans benefit our digestive system?

Close to a trillion bacteria reside in our gut with some producing beneficial short-chain fatty acids (SCFAs) including butyrate, which fuels cells in the large intestine and prevents inflammation. Prebiotics are carbohydrates that the human body is unable to digest and when they reach the large intestine, they are used by bacteria to produce beneficial SCFAs.

Collectively research could offer a potential way to manufacture prebiotics from tree waste. Which suggests our forests may not only offer a way to curb global warming but could also aid a circular economy, help to ensure food security and nourish our gut bacteria - by waste materials providing a potential source of food stabilisers and prebiotics.