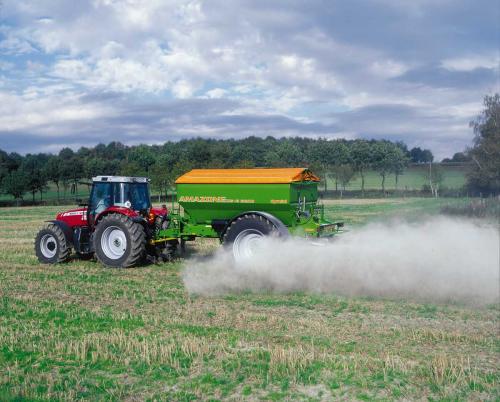 The Soil Survey of Scotland shows that large areas of Scotland have acidic soils. Soils with a pH less than 5.6 inhibit root growth, which can reduce crop yields. Liming, the addition of calcium and magnesium-rich materials that alkalinise the soil, is a valuable practice to manage soil acidity. Indeed, liming has implications for both the environment and agricultural production. To understand the consequences of liming better, we have studied historic data on crop yield responses to liming. Our study provides general insights to the problem of acidic soils, which are widespread across the UK and indicates that liming is critical for the future sustainability of arable soils.

The United Nations Food and Agriculture Organisation (FAO) has highlighted many areas across the world where the soils have been acidified. In recent years some concern has developed regarding the acidification of Scottish soils. For example, a recent survey indicated that more than 60% of Scottish soils had a pH less than 6.0.

Acidic soils are associated with poorly managed land and, typically, suboptimal crop production. In addition, there are concerns that water quality is lower where there are acidic soils. These issues have created a need to re-examine the effects and benefits of applying lime to soils on the yields of arable crops and the wider environment.

Liming is a common and long-established management practice, but there is surprisingly a lack of information on the nature of the effects of liming on different arable crops. This is especially true for minor crops, such as oats or triticale, on which there are few studies on how liming affects yield. Therefore, a new study was undertaken using previously unpublished data from a long-term arable liming experiment. This study improved our understanding of the effects of liming on the production of arable crops, which is needed to encourage sustainable crop production. The aim of the study was to remind the arable crop industry that an optimal soil pH is required for sustainable crop production and to inform them of the soil pH required for different arable crops.

The relationship between soil pH and crop yield was studied in two long-term experiments in south-eastern England (Rothamsted Research). The results have practical importance for arable soils across the UK, including Scotland.

This study demonstrates that liming soils to raise pH to an appropriate value can increase the yields of most arable crops grown in the UK.  It provides valuable insights to the relationships between soil pH and crop yields and reports that each arable crop might have a distinct yield response to soil pH, which presents some management challenges. For example, for a given arable rotation it may be difficult to find the optimal soil pH for all crops. Some important arable crops in Scotland, such as potatoes, are not responsive to liming, but require low soil pH to prevent soil-borne diseases such as common scab (a bacteria disease).

Moreover, this study highlights the importance of soil type and fertiliser application (specifically phosphorus) on the relationship between soil pH and crop yield. When phosphorus fertiliser inputs are reduced, the critical soil pH for crop yield increases and consequently there is a greater need for liming. Thus, fertiliser inputs should be considered in combination with the management of lime.

Results from this study provide information to re-evaluate the management of arable soils in Scotland to ensure future sustainability.