Does lime application to pastures offer win-win benefits for food production and biodiversity?

Does lime application to pastures offer win-win benefits for food production and biodiversity? 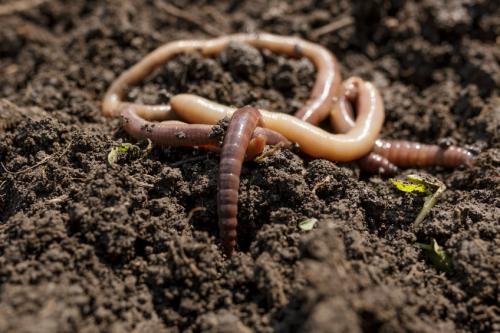 In the UK the addition of lime to agricultural land was strongly encouraged by Government subsidy payments to farmers, but since subsidies ceased in the late 1970’s the application of lime has declined with subsequent acidification of many soils. Increasing soil pH is thought to have biodiversity and agricultural benefits including increased bio-availability of soil nutrients, greater plant growth, improved forage quality and enhanced earthworm populations, which in turn could benefit wading birds that rely on them as a food source. This study investigated these reported benefits. We found little effect of liming on these measures, suggesting the soils assessed in this study were resilient to change in the short-term.

In the UK, the addition of lime to agricultural land was strongly supported by government subsidies to farmers to increase food production, but since subsidies ceased in 1977/78, lime application has steadily declined leading to the gradual acidification of soils. There is concern that a reduction in liming and acidification may reduce agricultural productivity and contribute to biodiversity decline.

It has been suggested that liming could lead to a greater abundance of earthworms, an important food source for farmland waders. Waders are a group of birds that have suffered huge declines over recent years. Therefore, liming has the potential not only to benefit agricultural production but also biodiversity.

In 2016 we set up an experiment to investigate how the application of lime to pasture influenced soil properties, vegetation growth, diversity and quality, and the number and weight of worms. At each of the three farms, we selected two fields comprised of semi-improved grassland used for sheep and, or cattle grazing. The fields had an initial pH of between 4.55 and 5.78. The fields were divided in half and magnesium-based lime was applied to one half of each field in autumn 2017 at a rate intended to raise the pH to 7.

Over the following 2-3 years we carried out annual collections of soils, vegetation, and worms, together with detailed botanical surveys to determine how lime application influenced each of these measures.

Previous studies have demonstrated that lime addition is associated with improved soil health, agricultural productivity and biodiversity benefits. However, we found evidence for only limited effects of liming on soil pH and microbial activity. Within 3 months of lime application, the surface soil pH increased at all sites. Similarly, the soil concentrations of calcium and magnesium increased where lime had been applied. However, we saw no differences in nitrate or ammonium concentrations between limed and unlimed plots, nor did we see any differences in soil organic matter content. Plant species richness and community composition were similar between limed and unlimed fields, plant biomass production was unaffected by lime application and measures of forage quality, including carbon and nitrogen content as well as indicators of digestibility, remained the same between limed and unlimed plots. Contrary to previous studies we found no differences in earthworm abundance or biomass between limed and unlimed plots. We did, however, see a significant increase in multi substrate-induced respiration (a measure of soil microbial activity) in both years following lime application. See Table 1 for a summary of changes after liming. 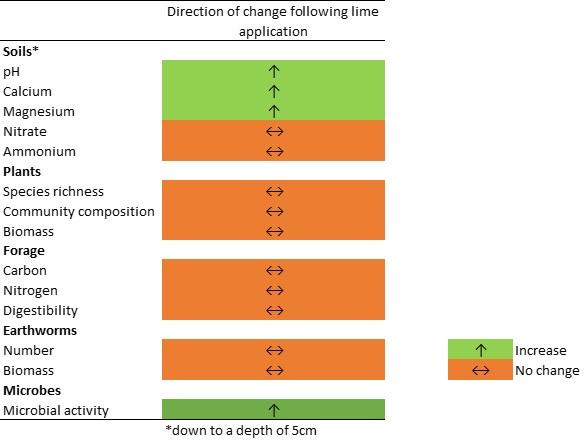 Table 1.  The direction of changes seen following lime application for the properties measured in this study

With the greater need to find win-wins that boost agricultural productivity while enhancing biodiversity, and conserving species like wading birds, there is a renewed interest in the practice of applying lime to pastures to improve soil health, productivity, and biodiversity of land under extensive agricultural production. In this study, we tested the short-term effects of lime addition on some of these measures.

The results of this study show that in the short-term (2-3 years after liming) the pH of surface soil (0-5cm) increased, but this had little measurable impact on other soil characteristics, vegetation, and earthworms. However, the effects of lime and the subsequent changes in pH are complex and are likely to take longer than three years to influence some soil properties and vegetation growth. The effect of pH on earthworms is particularly complex and can differ between functional groups and species. Difficulties in identifying juvenile worms to species hindered our ability to investigate the more subtle changes which may have occurred. Furthermore, raising the pH on more acidic pastures may have shown more obvious effects than the modest increases in pH observed here. However, the fact that we have seen a significant increase in microbial respiration in soils subject to liming, but few other effects may reflect the high variability in these measures and a need for greater sample sizes.

The observed increase in microbial activity could lead to a reduction in soil organic matter and consequently soil carbon storage. This demands further investigation as mitigating climate change through carbon storage should be considered alongside agricultural productivity and biodiversity benefits when assessing the pros and cons of agricultural practices such as liming.